RECAP: Warriors 88, Pamplona Bulls 110: The Running of the Bulls

Share All sharing options for: RECAP: Warriors 88, Pamplona Bulls 110: The Running of the Bulls 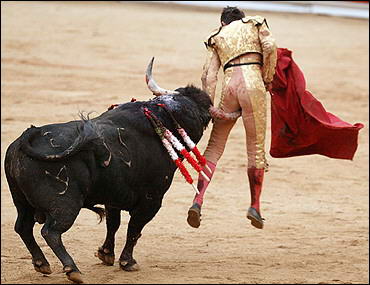 Are those the new Warriors uniforms?

Tonight the Warriors were the foolish folks in Pamplona running in front of a bunch of angry Bulls.

On the plus side, all of my predictions turned out to be correct. Check them out after the jump.

The game just got ugly after awhile. 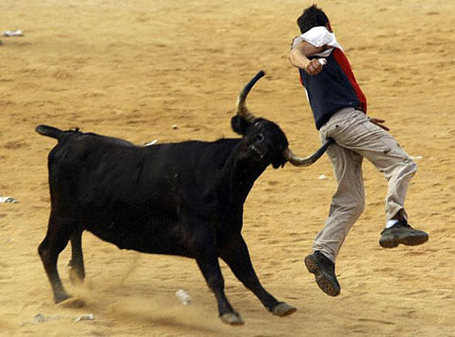 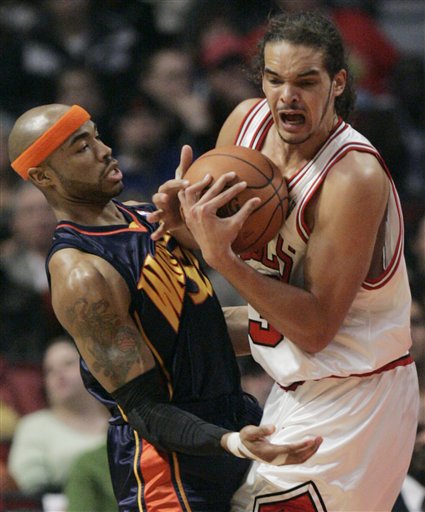 The last time the Warriors scored so few points was waaaay way back in December. The Warriors just don't score under 90 points. There are too many possessions in a game due to some bad defense for the Warriors to only score 88 points. But it happened. It sure didn't look like that was going to be the case early on. The Warriors came out guns blazing getting a 20-6 lead within the first 5:30 of the game. They then felt like not really scoring much the rest of the quarter as it took them 4 minutes to score their next 2 points. That was the beginning of the end.

The Bulls hit everything from 3 and from the line. Check it out:

The Warriors and Bulls made the same number of 3 pointers. The difference was that Chicago took 8, the Warriors took 21. Yikes.

Some serious discrepancy in the number of free throw attempts as well. 32 for the home team, 13 for the road team. I'm not saying the Warriors deserved more but when you're shooting 19 less freebies, it isn't going to help your cause.

Lastly, it would have helped to keep Joakim "I hate that guy" Noah off the glass. 17 rebounds, 8 offensive?

Seriouly, the Bulls hit their shots and just ran all over the Warriors. Not good for the record, good for the lottery balls. 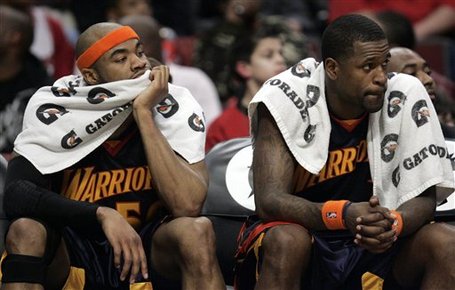 20 shots from the field + 2 shots from the line = 22. I was going to go with more than 20 referee butt taps as warriorsvictim predicted in the comments, but I wasn't sure if he'd be up for it. As far as the shots, that's right around his average so that's no surprise.

What is surprising is how Andris Biedrins takes only 4 shots in 32 minutes and gets 0 offensive rebounds. Hmmmm. Is that ankle okay? And how does Maggette shoot 5-16 and Crawford 4-15 without Andris getting some more looks. I guess that's what you get when you put two shoot first, shoot second players on your team.

Great prediction right there. Some great comments in the open thread thinking he was going to dunk on Randolph, Marcus Williams, Rob Kurz, Michael Beasley, Manute Bol, Nellie's dog Lucky, Limahl, and Jim Barnett. All of you were wrong, but quite creative. +1 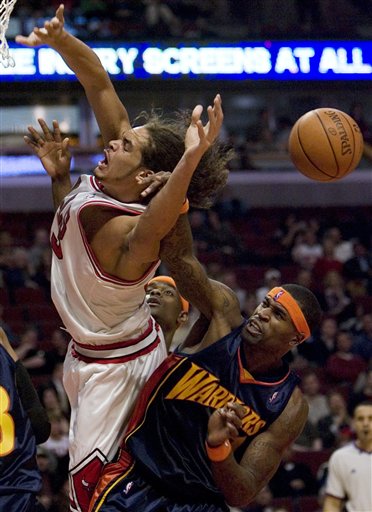 First, Anthony Randolph played with a lot of energy in his 14 minutes on the floor. I found it interesting that he was the only guy with a positive plus/minus on the Warriors side in a game in which the team got blown out. 4 points, 10 boards, 2 blocks in just 14 minutes. Now that he's playing much more within his game by not trying to do too much with the ball and focusing on rebounds and defense, he's really showing off what he can do. Glad to see the rookie turn the season around after what could have become real ugly. Oh and that block? NASTY!

Second, Nellie is really tanking it. The Warriors are a decent home team. So Nellie benches at least one of his starters at home. In this case, he can say he's not trying to tank it because he's developing his young guys for next year and sitting one of the starters will help him evaluate. The Warriors are a BAD road team so even if he plays his starters, it's not really going to matter. In this case, if anyone questions him whether he's tanking it or not, he can say that he's not trying to tank it because he's playing the best lineup he can. None of his starters are sitting. Honestly, what's scary is Jackson played 39 minutes, Biedrins 32, Crawford 35, and Maggette 31 and they still got skewered.

Just go look through all the comments and you'll see it. Trust me. He's back home in Mississippi following along, watching the game, icing his ankle, and dropping LGW's in the open thread. Wait, do they even have Internet access in Mississippi?

Ad Libs. They're fun and make for interesting predictions in the comments. I'm going to try that again next time. Here's one for fun:

And one last image of what we saw tonight. 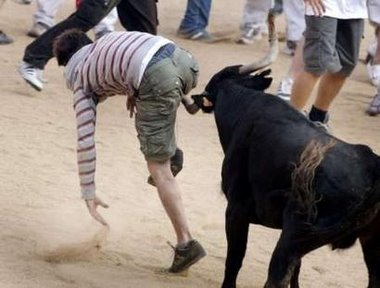