Share All sharing options for: RECAP: Warriors 91, Pistons 108: Thomas vs. The Warriors debate #1

The Piston's didn't have the answer (AI) ... and neither did we! Losing by 17 points last night was irritating and predictable. I thought we'd lose by half of that but when you have the starting lineup of Kurz, Turiaf and Randolph, you've got to expect a negative +/-. I just wonder how many of you actually watched the whole game? Coming off a cranky preview, I'm in NO better mood for writing this recap so I decided not to dwell on the game but make this a little more enjoyable by debating the following:

Thomas the Train is more entertaining to watch then the Warriors.

To see my opinion please take the jump.

Seeing as though we have a game coming up this afternoon, I'll make this short and sweet and introduce the first part of a many part series debating which is more fun to watch then the Warriors. Today I'll focus on a little program that has entertained, educated, and warmed the hearts of millions around the world ... Thomas the Train.

If you have kids, are a kid, or just remember playing with trains at some point in your life, then you probably have come across a blue train with a happy face that made your day. Thomas the Train is a huge hallmark for kids growing up, as with the Warriors, but in today's time I find Thomas to be a little more entertaining. To better explain let's compare an episode of Thomas the Train to the game last night with 4 simple points:

Thomas the Train has a knack for hitting all our emotions. At first we are happy when he comes on the screen, and then the adventure begins and we are scared for what lies ahead. We then encounter others along the road and rail and we feel curious. Throw in a little comedic incident and in the end we are always happy for the adventure was worth the trip.

On the other hand our Warriors seem to always have a crappy ending this season. Sure a road trip starts off well like a win in Minnesota but to then end with an average of 20+ point loses only makes you want to cry. Not every story can have a happy ending but I'm beginning to get depressed here. Randolph had a decent game last night with 17 points and 8 rebounds, but I'm still not convinced. How does Kurz and Turiaf scoring 4 points apiece help our chances? How does our PG CJ Watson only have 1 assist? 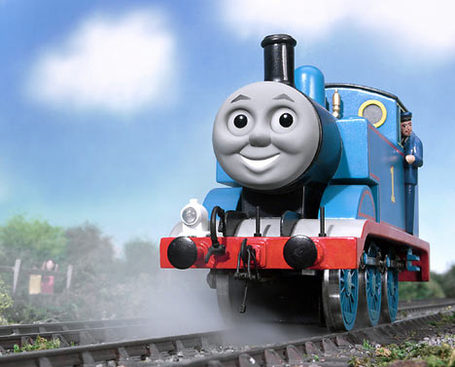 Someone please show Randolph how to smile.

Point #2: You learn something every time:

Even as an adult I can take an episode of Thomas the Train and realize that there is a little golden nugget of truth hidden beneath the adventure to pass along to friends and family. When Thomas's friend got stuck underneath an avalanche of snow, Thomas tried to pry him out all by himself but we quickly learned that it takes teamwork to get him out. By gathering up his other friends and the town's people, they were able to save the buried friend in need.

Last night the Warriors were not successful in learning this lesson. Having only created 16 assists for the game, it did not help the Warriors when they collectively shot a dismal 38% from the field and 33% from behind the arc. Granted Crawford had 8 assists (which must have been his career high) but the rest of the crew averaged only 1. We also learned that when you want to sit your starters you have to come up with good excuses for the stat sheet. Last night Maggette had a sprained right ankle, Jackson had a strained right hammy, Azubuike had a back strain, and Biens was out with personal reasons. I'm hoping Biens is ok and wish him well.

But what on earth did we learn from the Warriors last night? That when we don't have our starters we ALSO lose? Anyone? 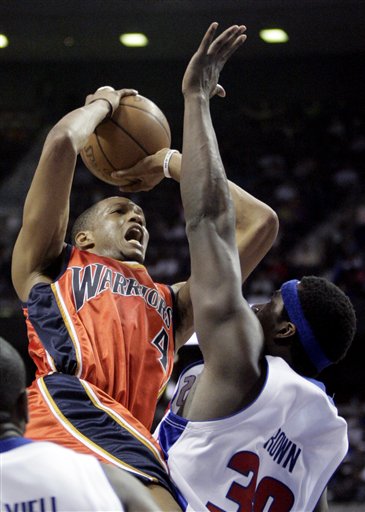 Point #3: You are always entertained!


Have you ever been bored watching Thomas? Not really. Every episode shows a new set of friends and circumstances. With nice scenery in the background and obstacles to overcome, Thomas always uses his wit and charm to overcome them. And what's not to love about trains? They carry big loads or small loads through mountains and valleys. Will he make it or will he fall behind? Lastly, the endearing smiles and faces on each of the trains have you wanting to see more.

ESPN Reports: "We got into a gun fight and we had a knife," Golden State coach Don Nelson said.

Now THAT'S entertaining. I love Nellie. Great to see he still has a sense of humor with all this losing. As a rabid Warrior fan I love watching the games but lately it's unbearable. I do like seeing our young guys progress but when you watch a snippet of other teams play and then go back to our game, you can see we are WORLDs away from becoming a decent team. The first quarter alone we were down 17 points and then 23 points by the half. Not very entertaining to me. The only highlight of the game was our free throws. If it wasn't for Jermareo Davidson (why we play him is beyond me) then we would have been 21 for 21 for free throws. As a Warrior fan that's crazy. Instead, the only highlight was watching Randolph get 47 minutes to play and Crawford scoring 25 points ... YAWN. 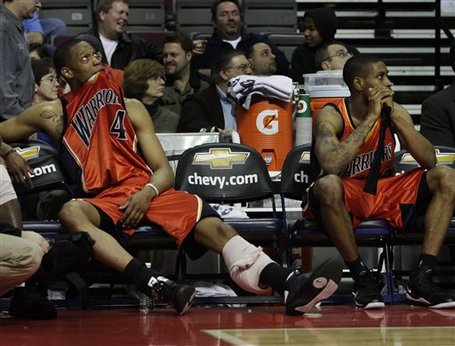 If they're not entertained themselves, what chance do we have?

Point #4: Do I need another point?

Let's just transition to our next preview shall we? Bottom line we lost to a much better team and we played out second string. We weren't planning on winning, but maybe showing a little heart which I'm still waiting to see.

I hate doing this but Crawford gets my nod for only 1 reason. 8 assists! I get angry when our guards can't produce more than 4 assists a game, but last night he doubled that to go along with 25 points and 5 boards.