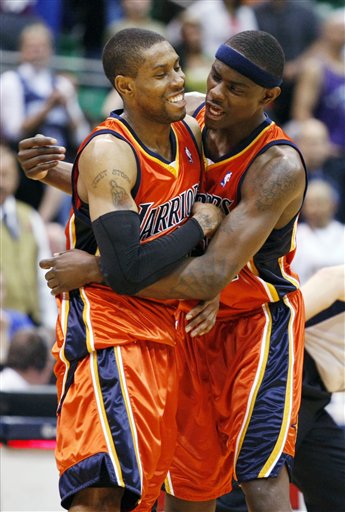 Wow. Wow. Wow. Before I jump into this recap, let me say this, holy crap, that had to be one of the most surprising games of the year. In fact, this game was full of surprises, pleasant surprises, heck, shocking surprises. The Warriors had no business winning this game. 2nd game of a back to back. On the road. They're a horrible road team. The Jazz are an excellent home team. Warriors have a ton of injuries. The Jazz don't. No business winning this game, but they did.

So I've been writing all along that the Warriors need to keep losing so they can get a better spot in the lottery. But what was I thinking? They don't need to participate in the NBA draft. All they have to do is go pick up players from the D-League and all the players who don't get drafted. Their top 4 scorers tonight got into the league the unconventional way, undrafted.

Excuse me? 90 of the 118 points were scored by undrafted players? 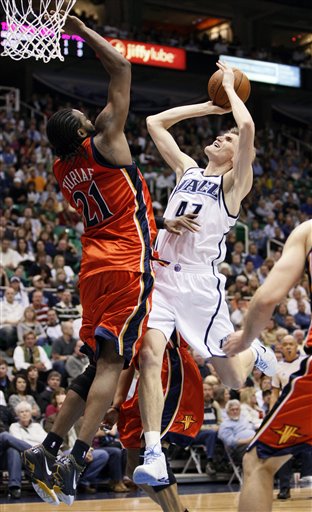 That's just not going to end well for AK-47 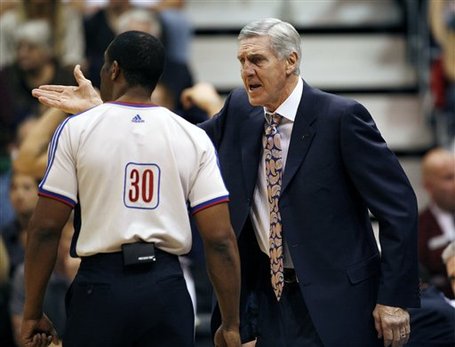 Jerry, stop complaining and go get your own undrafted players

Random Jazz Killer
You know how we Warrior fans always say, some random player is going to be the Warrior killer tonight? The guy who comes out of nowhere to drop a 20 point game on the Warriors to spur the opposing team to victory. Well guess what, the tables have turned! It's time for the Jazz fans to feel the Warrior killer curse. Multiplied by 4! Ask a Jazz fan, actually, ask several NBA fans and I bet many of them have no idea who these 4 guys are. 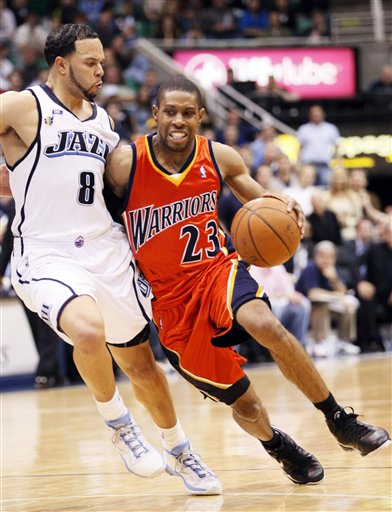 His several free throws to clinch the game were all net, swish, swish swish. Ice in his veins. He won his point guard battle against one of the best in the game, Deron Williams. I was so impressed with his poise tonight and how he managed the game. I don't know what he ate or drank before the game, but give me some of that!

CJ Watson: "We just wanted to come in a play hard, play tough and match their intensity. They play pretty hard at home, but we came out, played hard and fought for the win. We want to play loose and play fast, that's what we've been doing, and we played solid defense. We just tried to get their big men in pick-and-rolls, and then see what I could get from there, either a drive, jump-shot or kick it to an open teammate"

Rob Kurz
I don't know what's more shocking, CJ Watson's game or Rob Kurz scoring 21 points in a single game. He had 95 points scored all season! There was just one month where he scored more than 21 points in an entire month. He seemed to complement the other big guys well. Turiaf was down there swatting shots away. Andris was in the paint grabbing boards. Kurz got his shot going and rained in 4 from downtown. This win could not have happened without Kurz stepping up and delivering those big shots. This was a total team effort especially on the boards (Jazz 41, Warriors 40), but it was the individual contributions from unexpected sources like Kurz and Watson that spurred the Warriors to victory.

Rob Kurz: "We did awesome. We just played loose. We realized that we are out of the playoffs and had nothing to lose. We just played fearlessly, and played together. We made some shots and had a lot of good effort from a lot of different guys. There is something about sports, when your back is against the wall, you tend to play better, and guys come together. We've had a lot of adversity with a lot of injuries, but we have done a good job of coming together and fighting. We shared the ball, we had each other's backs, we played with a lot of passion and that is contagious."

Keith Smart
Don Nelson let him coach the game tonight and he did a great job. After being down after the 1st quarter, something happened and the team put the pedal to the metal, breaking out to a 36-20 2nd quarter advantage. He even let the young guys figure it out at the end of the game by not calling a timeout. I'm not sure why Nellie let Keith Smart coach, but it turned out to be a good move. Is Smart going to coach the final 2 games as well?

Keith Smart: "These young guys that we've had since the summer - from Las Vegas to the summer league here in Utah - they have just worked their butts off all year long until, unfortunately for us, we had a bunch of injuries. These guys all got a chance to play. The program that we have is about getting these young guys better so when their opportunity comes they are ready to play. It's a testament to all these young guys how they've performed."

Play of the game
Let's set the scene. 4th quarter, 2:30 to go and the Warriors up 5. Less than 3 minutes ago, the Warriors were up 14, 103-89. It was now 103-98. It appeared as if the Warriors were folding and the experienced Jazz were going to eventually overcome the deficit and take the lead. Kelenna missed a 10 ft jumper and it looked like the Jazz would get the ball back. But Morrow wasn't having any of that. He jumped for the rebound amongst the tall Utah Jazz trees and tipped the ball into the bucket. On the way up, Mehmet Okur fouled him. So count the bucket and Morrow goes to the line. Swish. Warriors back up 8, 106-98.

Morrow stopped the Utah Jazz run with a sweet little tip in and 1. The Jazz never got closer than 7 the rest of the game. Big big play by Morrow. 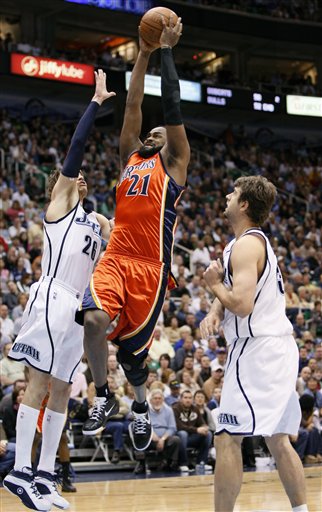 The Magnificent 7
As a team, these 7 young guys are playing really well. They're doing it against some of the best the West has to offer. They took down the Hornets, the Jazz, and nearly had a big comeback win against the Rockets last night. They're showing a lot of heart, hustle, and desire. They're playing hard and even though they're not playing for anything other than pride, they're competing against teams that do have something to play for. The young guys are playing loose and it looks like they're having fun out there. I'll give them props for really stepping it up these last few games when they could have mailed it in.

Do you even have to ask?

CJ Watson aka The Quiet Storm!