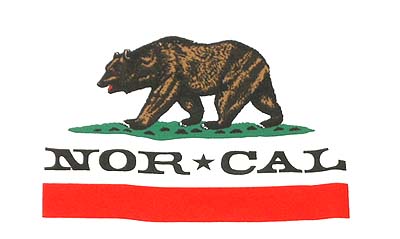 We want the Bear!!

The Golden State Warriors and Sacramento Kings don't have much of a rivalry and neither is heading to the playoffs, but they sure have a knack for playing entertaining games.

Gee, thanks ESPN. I'm sure all Warriors and Kings fans appreciative of the kind words.

Either way, as my friend IQofaWarrior summed up very nicely the other day, we may be down and out, but even the lowly Warriors can beat the Kings with a 7 "NBA player" rotation.

We might not have Brandan Wright, Stephen Jackson, Andris Biedrins, Corey Maggette, Marco Bellinelli, or Jamareo Davidson (how many times have I went off on that rant before?) but we might have Monta Ellis. And we definetly have Rob Kurz.

Gots to see the positives yo!

Alright, enough. In the wordes of my main man Don Nelson,

Who's going to come home with the Norcal title?