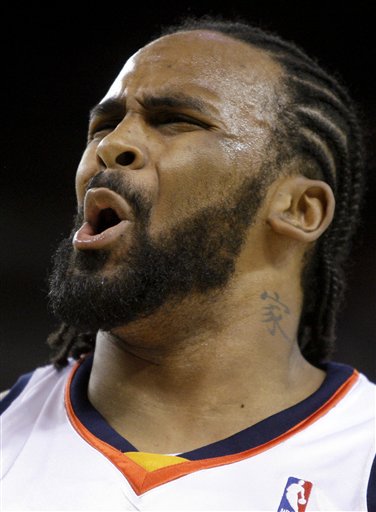 The Warriors had their 3 game win streak snapped tonight by one of the league's worst teams. How this same Warriors team beat the Hornets and lose to Minnesota is beyond my comprehension. Tonight, the Twolves simply outplayed the Warriors tonight. They shot better, they rebounded better, and took care of the ball better (just 6 turnovers). Here's what Nellie had to say:

"Well I don't have a lot for you tonight, we were trying to make it four in a row, haven't done that this year. We really wanted to win this game and they just basically outplayed us all game long. Even when they were missing a lot of shots we were in the game...but once they started making those same shots that were open before, they just put us away. I thought they outplayed us all night and as a result they deserved to win.

3rd Quarter Woes
12 measly, stinkin', miniscule points. The Twolves meanwhile scored 20. That was the game right there. That was the difference in the score. 8 points.

This was after scoring 61 by halftime! This was not the same Warrior team coming out of the locker room. They couldn't do any of the things they did in the first half. The offense stalled. The shots didn't come as easy. Nobody felt like passing. There wasn't one prolonged drought of scoring it was just that they scored what seemed to be once every 2 minutes. It was a slow painful quarter. Every time they scored you thought they might make a run. Nope.

It was a torturous quarter as the game just slipped away.

Out of AMo
Tonight he just wasn't there. He couldn't hit anything and he seemed to pass up shots he would normally just fire away on. He looked a little hesitant to shoot. The defense seemed to close out on him quicker and so he's trying to create more offense. Tonight, that just didn't work for him. He ended up 2-11 (0-5 from 3). He certainly worked hard out there. He was chasing guys on D, trying to get good shots, but nothing worked. He's not good enough on defense to have an off night on offense and be able to make a significant contribution. This was probably one of his worst games this year. They happen and I'm sure he'll bounce back Friday. 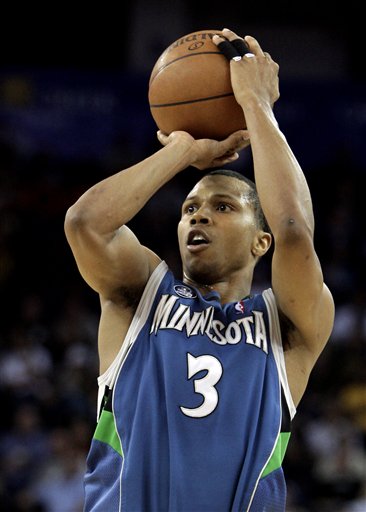 Jamal Crawford vs Sebastian Telfair
Jamal had a good game offensively. He shot 10-23 including 5-11 from downtown and finished with a team high 31. He essentially carried the Warriors in the 4th quarter with what seemed to be 4 3-pointers.

BUT, how do you let Sebastian Telfair take the game over in the 4th? A guy, who on the season is shooting 37%, manages to shoot 9-17. In that 4th quarter he managed to drop a couple 3's, layupts and jumpers to keep the Warriors from making a run. Sebastian Telfair! C'mon.

As hot as Jamal Crawford was in the 4th, he was just as cold on the defensive end allowing Telfair to knock down jumper after jumper. Jamal kept us in the game offensively, but kept us out of the game defensively.

Mr. Spectacular Block
Anthony Randolph had not one, but two spectacular blocks tonight. Both came on fast breaks by the Twolves. On the first one, Mike Miller should have known better. Mike Miller is a good shooter, not a good dunker/finisher. Well on a fast break he thought he had a wide open lane for a dunk, but he thought wrong. Randolph came flying in out of nowhere to get up and cleanly block Miller's dunk attempt. That one was pretty sick. He met Miller at the top of the shot, and sent the ball back down.

The second block came on a Kevin Love layup attempt. This time, Randolph was trailing the play. Love thought he had an open layup, but Randolph managed to get there, block the shot, keep the ball in play, grab the loose ball and start the break.

Randolph is not only making big strides on defense with a better understanding of rebounding and positioning but he's taking better care of the ball on offense. He's still prone trying to do too much, but most of the time he's playing under control. Whereas earlier in the season he'd have the ball and try to drive against 3 or 4 defenders, now he'll survey the situation and give up the ball to a guard. Instead of barreling into the paint, he defers to the guards to set up the offense. Instead of taking every open 21 foot jumper he gets, he moves the ball around the perimeter. It's fun to watch him play, but it's even more fun to watch him grow. He's like a chia pet. Just water him with instruction and he'll keep growing as a hoops player.

Lottery Update
I have mixed feeling about how this game went. It's important for the Warriors to maintain their hold on that 7th spot for better lottery positioning, but it's never fun to cheer for your team to lose. Rather, it's not fun to cheer for the opposing team to win especially when I'm at the game. It just feels so wrong and I can never bring myself to do it. So I don't. I cheer for the Warriors when they score, when they make nice plays, and when they win. I'm disappointed when they lose, but I can always fall back on that silver lining, holding onto better lottery position.

Honestly, I don't buy the argument that it's good for the team to win because it gives them something positive to build on heading into next year. When has that ever been the case? I really don't think 3 or 4 extra wins this year will determine whether or not the Warriors play well next year. I think a higher pick is more valuable for trade purposes or just talent purposes. So I scoreboard watch to see whether the other teams competing for higher spots win or lose. Here's the latest:

Based on those near 30 point losses, I'd say that Toronto and New York aren't really trying. They know the value of moving up 1 or 2 spots. Both of those teams are jockeying for the 8th spot but would be more than happy if the Warriors gave up the 7th spot. I'd be surprised to see either of those teams win more than 1 game the rest of the way.

Kelenna Azubuike. He played so well today. Hit a bunch of shots. Knocked in some 3's. 26 points (11-19) and 8 boards. Essentially, he kept the Warriors in the game in the first half. Without Kelenna, the Warriors lose by 15 or more.