Share All sharing options for: Day 28 of the NBA 2k9 Playoffs

Two game 7's. Neither will be considered classics, but you won't want to miss either. 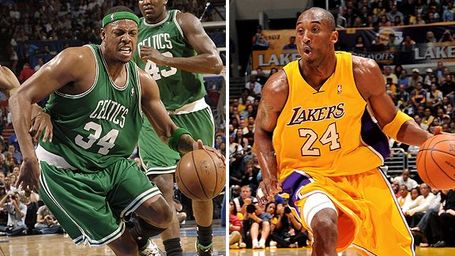 Hit the jump for the previews

#1 Lakers vs #5 Rockets - 12:30pm, ABC
This is the probably the biggest surprise of the playoffs thus far. The Rockets weren't expected to win more than 1 game in this series. The Lakers were just supposed to roll right through them. Ooops. Even without Yao Ming, the Rockets have won 2 games. They'll have to win 2 games in a row to take the series, which they have yet to do. Game 7 in LA? I just don't see any way this turns out good for the Rockets even though I'll be pulling for the upset.

Does anyone think the Lakers are a championship caliber team anymore? I don't think champions struggle with a team missing it's best player, it's backup center, and a talented, stat-filling, used-to-be-an-All-Star small forward. The Rockets are good, no doubt, but they're not a team that should be taking an eventual champion to 7 games. Does anyone think the Cavs would be struggling to beat the Rockets? I don't think so either. Cavs are still my pick to win it all.

Blog Battle: Silver Screen and Roll vs The Dream Shake

#2 Celtics vs #3 Magic - 5:00pm, TNT
This is the battle to have the opportunity to get swept by the Cavs. Neither of these teams has really been impressive. The Magic struggling to beat the Celtics who are without KG and a below average Ray Allen (~12ppg). Something Bill Simmons wrote in an article keeps coming to mind, is Dwight Howard the worst "great" player out there? How good is he at this point?