Polling GSoM: Who was the worst defender on the 2008-2009 Golden State Warriors?

Share All sharing options for: Polling GSoM: Who was the worst defender on the 2008-2009 Golden State Warriors?

GSoM friend Tim Kawakami recently posted his 2nd Annual NBA No-Defense Team. This annual fair never ceases to crack me up. We all know the Warriors were the worst defensive team in the league at a whopping 112.3 ppg for a plethora of reasons, namely: a) young players typically play poor D, b) this essentially Chris Mullin constructed roster isn't filled with any players known for their defensive prowess aside from Stephen Jackson and Ronny Turiaf, c) head coach Don Nelson isn't exactly considered a Hall of Fame caliber coach because of his defensive schemes, d) and even the Raiders have a better defensive coordinator than Keith Smart. 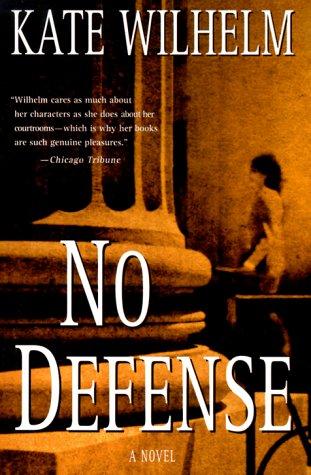 Was this required offseason reading for these guys last summer or something?

Each Warriors claim to WDWY (Worst Defensive Warrior of the Year) after the jump.

Kelenna Azubuike- He might be an average to slightly below average defender on another team because he usually plays decent position D. His footspeed isn't there and he gets beat off the dribble, but I'd have a hard time calling Kaz the worst defender on this horrifically defenseless squad.

Marco Belinelli- His D was remarkably improved in essentially what was a decent month of play, but it's still atrocious. If he wants to stay in this league, he should be watching a LOT of film this summer and pay more attention on the court so his man doesn't embarrass him on simple backdoor cuts and what not.

Andris Biedrins- This supposed franchise cornerstone cannot guard a single NBA 4 or 5 man to man. His issues guarding the screen-roll have been documented by Geoff Lepper over at 48minutes.net. Biedrins ranked as the worst Warrior this season on the plus/minus stat: -182 [Talking Points]. Expect a ton of excuses for his poor D this season in the comments from the Biedrins fanboys. I don't expect many Biedrins votes for WDWY, but any made make plenty of sense.

Jamal Crawford- Don't get me wrong I love JC as much as the next delusional Dubs fan (actually probably more so), but it's pretty laughable how bad he looks on D. I can't tell if the mistakes he makes on the defensive side of the ball are because of a lack of effort or because his coaches never made him take Defense 101. I can't fault anyone who awards Crawford with this year's WDWY.

Monta Ellis- Moped Ellis gets my vote. I'll pass the mic to ESPN's John Hollinger for this one:

John Hollinger: Who -- Monta, or the guy he's guarding?

Stephen Jackson- Captain Jack is actually a stellar defender when he's surrounded by vets like WE BELIEVE. He still had his moments this past season, but with destruction of BoomRich he was improperly cast as the 2nd, then 1st offensive option for this team which took its toll on his defensive energy. The constant yelling at refs and not getting back on D was frustrating as well. I'd be surprised if Jack got more than 1% of the vote though.

Rob Kurz- To tell you the truth I really didn't walk away from this season with any real sort of impression of how good or bad this rook's was, so I'll pass the mic to the GSoM community. Anyone who votes for Kurz as the WDWY is just being mean.

Corey Maggette- How does a guy built like a Teenage Mutant Ninja Turtle (and that's a compliment), not play like an enforcer on D? Master Splinter would be very disappointed to see such poor defensive effort from a vet in phenomenal shape.

Anthony Morrow- Honestly I thought he played decent D for a rookie. Like Azubuike he doesn't have the raw foot speed and can get beat off the dribble, but overall I thought Morrow tried hard on this side of the ball and added some scrappiness to a team defense filled with um... crappy-ness.

Anthony Randolph- The blocks were there (1.2 in under 18min) and they were mighty impressive and fun to watch. But as far as holding position and rotating, AR's D leaves a lot to be desired. He's was a rookie and rookies tend to struggle on defense, so I'm willing to give him a pass.

Ronny Turiaf- GSoMer RomesDavidWood can be heard in the people's section of the Roaracle known as section 109 screaming "Tur-i-af is a... BEEEAAAST." No doubt. Sure Ronny's defensive rebounding and his foul rate was far from impressive, but anyone who votes for Turiaf for WDWY deserves to have their voting rights revoked in all future Polling GSoMs.

If I had to rank them, here's how I would list the Worst Defensive Warriors of the Year. (Seriously this was a tough list to come up because they were just that bad.)

Along with your vote post your rankings for WDWY in the comments.