Aaaaaaaand here we go. After almost getting nixed from their postseason run by the Houston Rockets, the #1 seeded Lakers, on the back of Pau Gasol, fulfilled their destiny in order to face off against the scrappy Nuggets tonight. 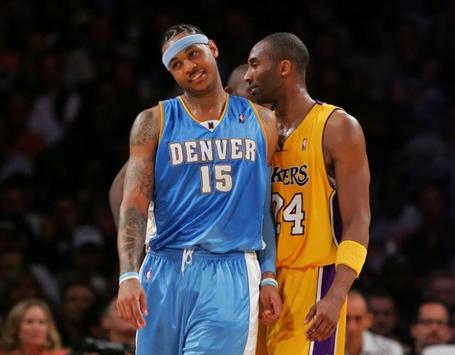 While initially it might be easy to bill this series as David versus Goliath, the question still looms in my mind, "Have the Lakers really shaken their inconsistency from the Rockets series?"

If not, this series really can go either way. Despite the Lakers' dominance over Denver in recent years, the Nuggets have shown that they are a forced to be reckoned with. I would be surprised to see this series end in less than 6 games.