Now before we get into Game 2 of the Eastern Conference Finals, certainly we should do last night's matchup a little credit with a few words. Namely:

HOW 'BOUT THEM NUGGETS?! 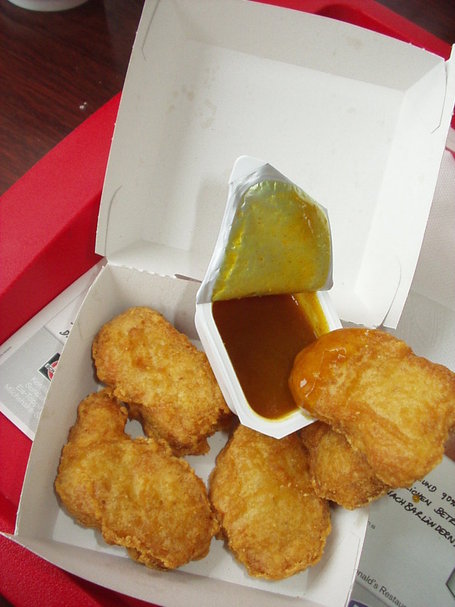 Denver's starting five with 'Melo takin it to the hole...

Well okay, it wasn't exactly a blowout - but one thing is for sure, Melo v Bryant is a fun thing to watch. I, for one, wouldn't mind watching this series go to game 7.

But let's not forget the action on the other side of the basketball universe. Tonight the Cavs and the Magic meet up again in Cleveland in the 2nd game of the Eastern Finals. And after last game, you better believe LeBron is pissed.

What can I say? I really believe that the Cavs are not going to let Orlando sneak another one away from them in Cleveland. If Game 1 taught us anything, however, it's that the Magic are not to be trifled with. Their ability to consistently hit the long bomb makes them a very tough team to stop offensively.

In the endCavs have the right components to dispatch with the Magic with the exception of one, thanks to Wednesday's game. That is, of course, confidence.

Tonight they take that back.