Polling GSoM: Based on their stats Guard A or Guard B?

Share All sharing options for: Polling GSoM: Based on their stats Guard A or Guard B?

It's time for another blind taste test. For today's edition we'll be looking at two different guards in the association. Both swapped teams this past season. Neither puts up superstar numbers, yet one of the guards is billed as a savior and in my book over-hyped like Darko Milicic pre-2004 NBA Draft.

Guard B in the 2008-2009 NBA Regular Season
* Highs in BOLD and same or similar in Italics
Jump to see who Player A and Player B is.

Guard A is the Denver Nuggets Chauncey Billups 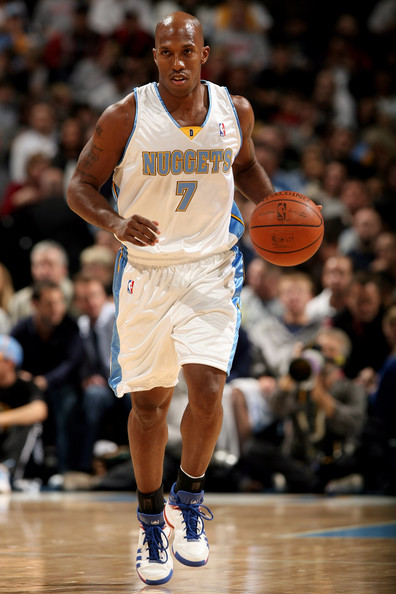 Even though he's boring to watch, he does win games.

Guard B is the Golden State Warriors Jamal Crawford 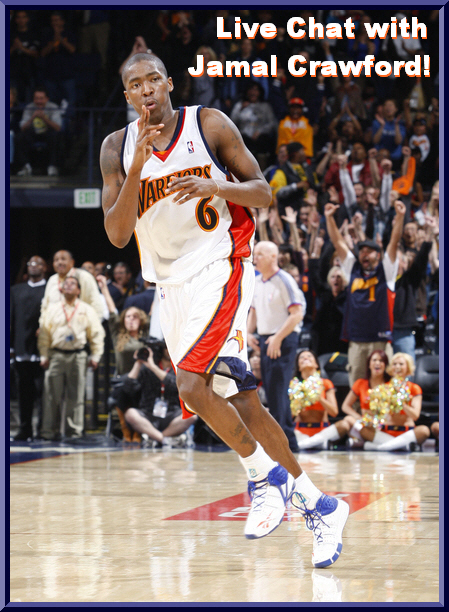 No D and ZERO trips to the playoffs, but 100x more fun to watch. (Inside the Warriors)

There's no question who's the better player between the two guards. It's easily Billups because of Crawford's poor defense. As we all remember Crawford unceremoniously took home the 2008-2009 WDWY. However, isn't it amazing how a guy who has gotten so much credit for the Denver Nuggets recent run has about the same rebounding rate (3.0 per 36 for Billups vs. 2.8 per 36 for JC) and overall FG% in addition to many fairly similar numbers across to a player who has never even sniffed the playoffs?

To tell you the truth I've never understood why Billups get so much credit. Take a look at his career stats on Basketball Reference. He's definitely made some nice contributions to some nice teams over the past 7 years and even managed to pick up a Finals MVP trophy (easily the worst player to ever do so). But there's nothing about his numbers even during that Pistons run that screams superstar or savior. He only shot above 43% from the field twice during his 6 years in Detroit and actually shot a pretty dismal 39.4% from the field in 2003-2004. It wasn't until his last 3 years with the Pistons that he finally topped 6 assists per game. There's nothing superstar about those stats.

Don't get me wrong. If I couldn't have Chris Paul, Deron Williams, pre-Clipped Baron Davis, Rajon Rondo, Tony Parker, or rookie of the year Derrick Rose, I'd gladly take Billups. Even though he might be the most boring winning "star" in the league to watch, he's a very solid option. His defense has been reputable as well. But that's not the point here.

Am I crazy for thinking Billups got way too much credit for the Nuggets recent impressive run in the Wild Wild West and is an overrated player in general?

Why do I have this crazy paranoia that our friends over at Pickaxe and Roll are going to hit me in the head with a golden nugget for even bringing up this topic? Seriously though I know the end result was tough, but that was a great run Denver.