Share All sharing options for: Day 18 of the NBA 2k9 Playoffs 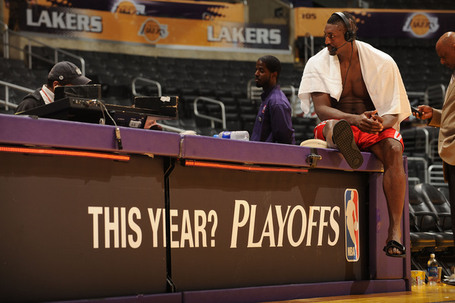 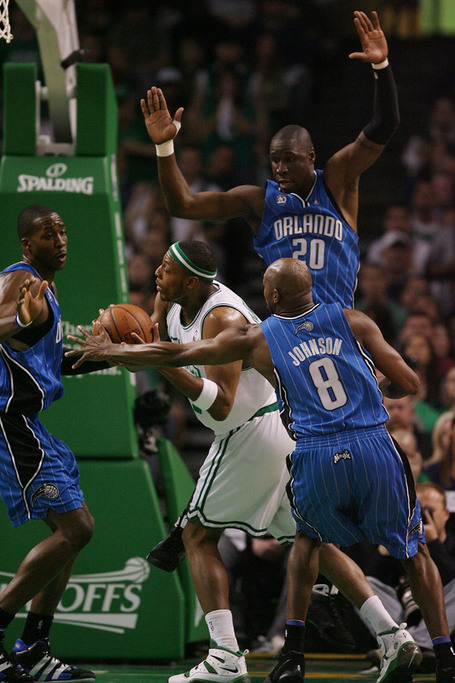 Two upsets in one day?  You have to love the playoffs for this kind of drama!

Check out today's games after the jump. 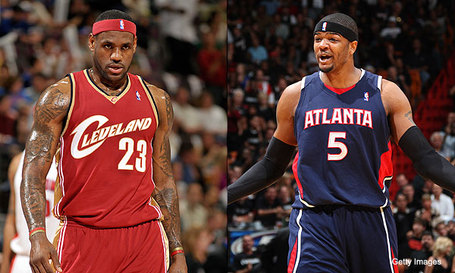 A picture is worth a 1,000 words and the one above says it all for this series.  Although the two featured players in this series aren't that much different age-wise, they are completely different maturity wise.  LeBron's coming off his first (and probably not last) MVP honors while Josh Smith is coming off a silly silly missed dunk.  Cavaliers in 4.

Yes, I love it when the Mavs lose.  Especially to the hands of a star like Nene.  In a game where Chauncey BIllups and Kenyon Martin score less than 10 points each, you would think that the Mavs would have the advantage.  Yet somehow, the likes of Nene, JR Smith, and fan-favorite Chris "Birdman" Anderson manage to take them down.  Maaybee this Nuggets team is better than we all think?