Share All sharing options for: Day 19 of the NBA 2K9 Playoffs

Two for Two for R-Dizzle! Although Cleveland was a gimme, Denver/Dallas really could have gone either way. But one thing is for sure - no one, including myself, is doubting the Nuggets now! The Mavs have their work cut out for them... 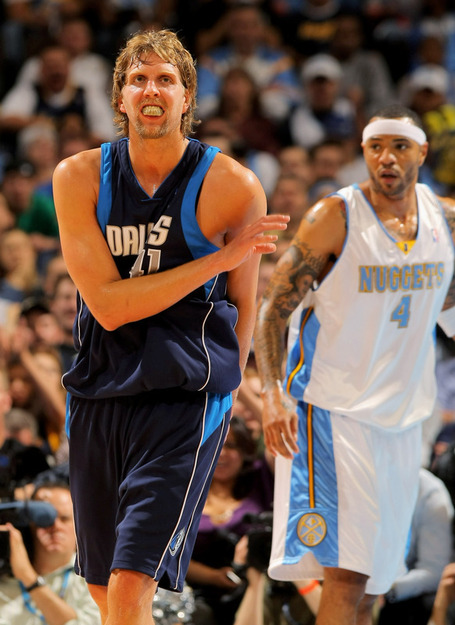 Kmart: "Yo Dirk! At least you're still raking it in from those Geico commercials!"

Meanwhile, on the other coast, LeBron James is doing exactly what he is expected to do. Destroying the Hawks. Last night Mr. MVP dropped 34 points, grabbed 10 boards, earned 3 dimes, and 4 steals and effectively showed the Hawks that, right now, they are merely boys in a man's game. I'll give you one guess on who that man is... 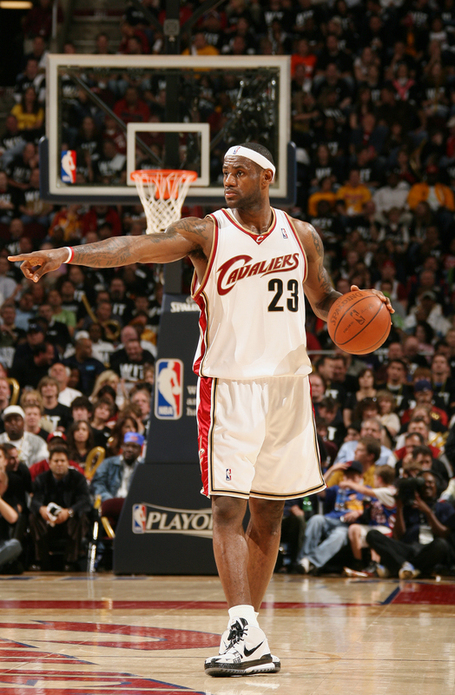 "You four stand over there. I'm going to take this thing to the hole."

But what of tonight as the Upset series' head to their second games? Will the dream last for both Houston and the Magic?

Man. Nothing comes easy for Boston, does it?! Granted, after that wild series with Chicago, an opening win by Orlando (including at one point a 28 point lead) ccouldn't have come as an absolute shocker. But for the sake of excitement, I'm calling for Boston to even it up tonight.

...now this one was a bit of a surprise, I must admit. I did not expect Houston to come out of the gates so strong, but behind Yao's impressive 28-10, the Rockets managed to steal one away at Staples? Can they actually do it again tonight to take a 2-0 lead in this series? Kobe says no. I do too. Lakers by 5 tonight.

Blog Battle: The Dream Shake vs Silver Screen and Roll

Leave your thoughts and predictions in the comments. Who is going to take today's games?