Share All sharing options for: Warriors (seem like they're) down to Jrue Holiday, Jonny Flynn, Brandon Jennings, Terrence Williams, and Tyreke Evans

Have the Warriors narrowed down their 2009 Draft selection to a Fab 5? 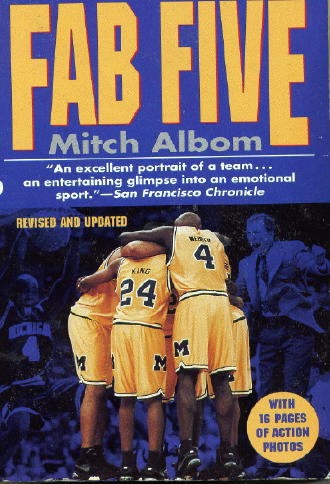 Excellent book by the way. [via mitchalbom.com]

Jump for the details.

Analysis: The Warriors don't have a traditional point guard and while Don Nelson would prefer a veteran I think it will be hard for them to pass on Jrue Holiday if he's still on the board. Holiday isn't nearly as polished as Flynn, but he gives them some much-needed size and defense in the backcourt next to Monta Ellis. I also expect that the Warriors will take a long look at Brandon Jennings here. But his lack of size hurts him a bit.

And while were at it, I'm hearing significant buzz that Louisville's Terrence Williams is also high on the board at Golden State. Seven seems too high, but don't be surprised if the Warriors are willing to do a swap to get him.

Tim Kawakami thinks it's down to 3 players [Talking Points]:

I’d say, all outside issues being equal, Holiday and Memphis’ Tyreke Evans and Louisville’s Terrence Williams are the most likely options for the Warriors at 7, given their needs and Don Nelson’s interests.

There's that little workout scheduling quirk that Tim describes which makes you wonder about the interest in Holiday. But who really knows if that means anything come draft day. The Warriors worked out Patrick O'Bryant right before the 2006 NBA Draft (turned out great didn't it?). They also never brought Brandan Wright in for a workout and they were willing to expedite the destruction of WE BELIEVE to make that trade for him.

Any of these 5 interest you?