Share All sharing options for: Don Nelson tells Arizona PF Jordan Hill he won't get past the Warriors at #7

It looks it's time to bump up the Fab 5 of Jrue Holiday, Jonny Flynn, Brandon Jennings, Terrence Williams, and Tyreke Evans into a Stunning 6. There's one more name to add to the list of players the Warriors (seem like they) are pondering over with the 7th pick in the 2009 NBA Draft. 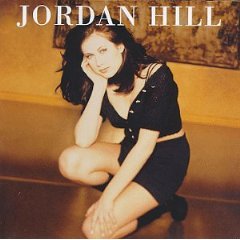 Find out why after the jump!

GSoM friend Marcus Thompson's got the scoop on Jordan Hill's workout with the Warriors this past Friday [Inside Bay Area]:

[Jordan] Hill, 21, is perhaps unlikely to be there when the Warriors' turn comes at No. 7, considering he's regarded as the most NBA-ready big man next to Oklahoma power forward Blake Griffin, who's expected to go No. 1 to the Los Angeles Clippers. But if Hill is there, he may tempt the Warriors to disregard need and go for the best player available.

Hill held a solo workout with the Warriors on Friday morning. He said he was "pretty good" in his showing, which consisted, among other things, of running the floor, shooting midrange jumpers and working with his left hand.

He said he had dinner with Warriors coach Don Nelson on Thursday. He walked away thinking No. 7 might be the lowest he'll go.

"He said if I'm not picked in the top six," Hill said, "they're probably going to take me."

Maybe Hill is the BPA in Nellie and Larry Riley's eyes. Maybe this is a precursor to the type of trade Rusty Simmons tossed out over on SFGate.

Who really knows anything till June 25th...