RUMOR: Ricky Rubio's draft stock slipping and could be available at #7 for the Warriors

Share All sharing options for: RUMOR: Ricky Rubio's draft stock slipping and could be available at #7 for the Warriors

Is it time to bump up the Stunning 6 to a Scintillating 7? 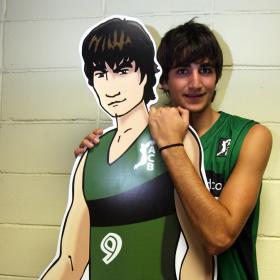 Ricky Rubio is the forgotten member of Pretty Ricky.

Jump for some details via today's draft-buzz roundup on ESPN.

Speaking of Rubio, his situation looks a little more precarious Monday than it has seemed. I've assumed that Sacramento at No. 4 was his floor, and it still may be. But if he slips past Sacramento, things could get pretty interesting.

First, Rubio has been avoiding the Wizards. Apparently, his people don't think he's a good fit in the backcourt with Gilbert Arenas. If the Wizards pass on him because of that, I'm not sure where he'll land. Minnesota needs a point guard, but the Wolves seem to be leaning toward Curry and Tyreke Evans. The Warriors need Rubio badly, but they have a pretty rocky relationship with his agent, Dan Fegan.

Around these parts it has been treated as a foregone conclusion that Ricky Rubio will be off the board by the time Larry Riley gets to make his first selection as the GM of the Warriors. As always around this time of the year, the draft is getting extra-interesting. As Ford notes, there's a real possibility that Rubio could be there at #7 for the Warriors.

The Warriors do need a PG (desperately) and Rubio has been hailed as the runner-up prize in a 2 man draft. If Rubio's somehow there at #7 for the Warriors there could be a number of interesting scenarios. If Riley and Nellie are high on him, they could luck into their man. If they don't think too highly of his game, at the very least it shouldn't be too hard to find a taker.