RUMOR: Warriors promised Monta Ellis they will not draft a play-making guard to appease him

Share All sharing options for: RUMOR: Warriors promised Monta Ellis they will not draft a play-making guard to appease him

This could quite possibly be the oddest rumor I've covered in my 4 year GSoM tenure. 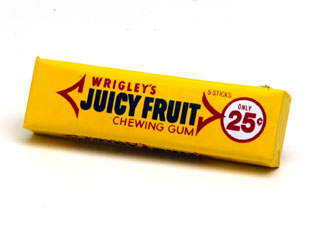 In fact it's juicier than a stick of Juicy Fruit. [via blogs.asee.org]

Jump for the juiciness.

Quite possibly the hardest working sportswriter in the Bay Area Tim Kawakami of the Mercury's got all the details on his blog Talking Points- The Warriors' draft could decide Ellis' fate (or vice-versa).

Over the last weeks of the regular season, Ellis, once again, expressed general dis-satisfaction with the direction of the franchise.

One question: Shouldn't the single biggest reason for the 2008-2009 WE SUCK campaign be the LAST person to be expressing "dis-satisfaction" right now? Pretty much everyone here amongst the Dubs faithful is more than a little dis-satisfied with Ellis' complete lack of defense the past 2 seasons, but you don't see us making a big deal out of it, do you? (Actually I lied.)

Also, leading up to the June 25 draft, Ellis apparently has not been thrilled to hear that the Warriors are eyeing the selection of one of the many point guards with their No. 7 overall selection, since Ellis wants to be the Warriors primary playmaker.

The overwhelming majority of Dubs Nation aren't too thrilled with Mo Moped Mo Problems, but you don't see us making a big deal out of it, do you? (Actually I lied.) 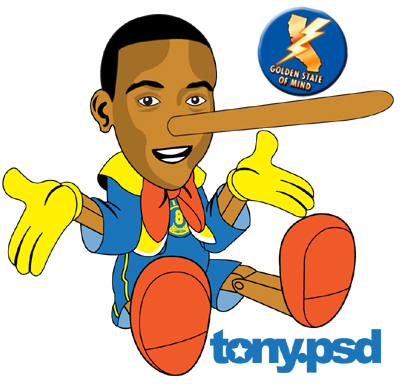 Man Moped Ellis is really rubbing off on me today.

One source indicates that Ellis came out of the Nelson/Riley meeting with the understanding that they would not draft a play-making guard to usurp Ellis' standing.

Actually I really hope that source was joking.

I assume that Brandon Jennings, Ricky Rubio, Jrue Holiday, Jonny Flynn, Stephen Curry and Tyreke Evans would all fall into that promise-won't-draft category.

Make sure to read the rest of Tim's piece for a few possible outcomes from this.

So let's assume that all these sources are on point and have accurately conveyed what's really going on behind the scenes.

For weeks we've heard that Ellis is no longer interested in playing for Golden State, and apparently it had reached a point where was "close to popping off" in the words of one NBA executive-meaning going to the media and publicly demanding a trade... One NBA executive we spoke with believes that Ellis was promised that the Warriors will not be picking a point guard with the #7 pick, and that he will be the one running the show for them next year. A number of agents seem to have heard similar things or just don't want to get anywhere near this situation, and both Jrue Holiday and Stephen Curry are currently refusing to work out for Golden State. The same goes for Ricky Rubio and Tyreke Evans... Regardless, look for the Warriors to heavily pursue bringing back Baron Davis this summer, and don't be surprised to see them do something unexpected on draft night.