Polling GSOM: Who do you WANT the Warriors to draft in the 2009 NBA Draft?

Share All sharing options for: Polling GSOM: Who do you WANT the Warriors to draft in the 2009 NBA Draft? 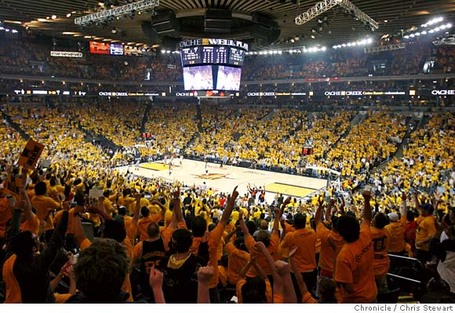 Spread the word and tell everyone to vote!

Spread the word and tell all your friends to vote in the poll. Choose the guy who you WANT the Warriors to draft.

In 2005 and 2006, the GSOM community voted and Chris Mullin decided to pick that guy. In 2005 it was Ike Diogu (ooops) and in 2006 it was Patrick O'Bryant (ooops again). The GSOM community's draft record has not been so stellar. For the record, I voted for Danny Granger (2005) and Rodney Carney (2006). In 2007, the community voted for Yi (oops) and he turned out to not be available so we went with Brandan Wright instead. Then last year, Anthony Randolph wasn't even a possible selection since he wasn't expected to fall so far. Looks like picking by committee isn't such a good thing but that's not going to stop us.

Just like the previous poll, I've tried to limit the selections to who might be available (no Blake Griffin, Ricky Rubio, Hasheem Thabeet, or James Harden) and also left out guys that probably won't be the pick (DeJuan Blair, Tyler Hansborough, Gerald Henderson, Earl Clark). That said, there are still a lot of guys to choose from because this draft seems pretty wide open. It's not clear who will be available. For instance, ESPN has Tyreke Evans going 4th, Draft Express has him going 6th, and NBA Draft.net has him going 8th. He could be available to the Warriors. Additionally, all that hype around Brandon Jennings seems to be gone now. He's 19th on ESPN, 17th on Draft Express, and, drum roll please, 7th on NBA Draft.net.

Also, be sure to check out Bill Simmons' podcast with Chad Ford (see the top right of the page) covering a lot of the draft picks. Tyreke Evans? It's a joke to think he could be an NBA point guard. Ricky Rubio? Special player and it's unfathomable as to why he would drop. Lots of good entertaining stuff in there.