The Warriors' interest in Amare Stoudemire stretches back to February, when Phoenix first made Amare available. The Suns also like the idea of Golden State as a trading partner if they decide to go all the way with their Shaq-sized clearout and part with Amare, too.

One of my best sources on the subject tells me that any deal that potentially lands Stoudemire in Oakland would be "complicated," if you want to boil it down to one word.

The implication is that it would be too complicated to get such a deal done tonight and involve the No. 7 pick.

A comprehensive medical evaluation of Stoudemire's eye and microfracture-repaired knee is just one of the hurdles, I'm told. The Warriors would also need some assurances or at least strong hints that they can re-sign Amare next summer or hammer out an extension with him before he ever gets to free agency.

League executives say the Phoenix Suns and Golden State Warriors have discussed a possible trade that is centered around sending Amare Stoudemire to the Warriors for a package that would include Andris Biedrins and the No. 7 pick in the draft. But Warriors coach Don Nelson is telling friends that there's nothing seriously brewing there.

Thanks to CSalMJS for the FanPost.

The Suns already made one blockbuster today shipping Shaquille O'Neal to the Cleveland Cavaliers (check out Fear the Sword), so they can make one last run with LeBron James. I swear I'm going to crack up in the summer of 2010 when both Shaq and LeBron bounce from the midwest after winning the 2010 NBA Championship on the Cavs for the bright lights of the Big Apple. But are the Suns done dealing? From reading what my man Phoenix Stan has to say in The Big Experiment ends with a wimper. Shaq traded for $. Full blow up coming? it doesn't seem like they're done. 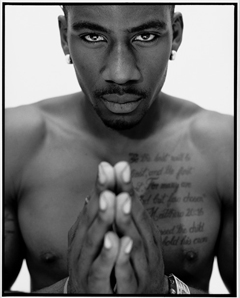 I'm praying the Dubs get Amare. [via www.dimemag.com]

Jump for some words on the Amare talks.

Teams recently have inquired about every returning Suns starter, including Golden State's ongoing interest in Amaré Stoudemire (with a package involving Andris Biedrins being revisited). Washington looked at Stoudemire, too, but backed away when Caron Butler and Richardson were added to the mix.

I've said it before, but I'll say it again. Every team out there should be talking to the Suns about Amare. He's one of the league's few proven superstar talents. Who wouldn't want an absolute BEAST who can drop upwards of 25-10 at an impressive shooting rate in the high 50's?

Amare's an undeniable great fit for Nellieball with his high flying, rim-rocking, coast to coast offensive repertoire. He didn't seem to be a big fan of slowing down to a half-court game that emphasizes defense. Guess which team's coach is the last guy to emphasize either? Amare also didn't seem to be a big fan of playing alongside another big tree. Guess which team's coach doesn't have the slightest problem with playing as few big men as possible? Stoudemire and Nellie are a match made in heaven.

I sincerely doubt the Suns are foolish enough to send Amare to the Dubs if the best player they're getting back is the severely offensively and defensively limited Andris Biedrins. That's essentially gift wrapping a superstar to a division foe for a nice role player who has a stellar rebounding rate, but does little else. However, the Suns don't look to be making basketball trades right now; just ones that save them some dough. Speedy Claxton's contract via today's Jamal Crawford salary dump might help facilitate this (also see: Exploring the rumored Crawford for Claxton and Law Trade: CBA and salary implications).

If the Dubs can get some type of assurance that Amare's not just a one year rental or if they're confident that they can work some magic via some type of sign and trade with his Bird rights in the summer of 2010, bringing Amare to the Bay would be a brilliant move. Along with a few other tweaks this offseason it might be enough to get the Warriors to the promised land- the 1st round of the playoffs (our standards are pretty low here in Warriors land).

Thanks to GSoMer bleep for dropping a link to this article in a FanPost. I sure hope bleep's prediction is right.