With the 7th pick in the 2009 NBA Draft the Golden State Warriors select (ed)... STEPHEN CURRY! and GSoMers are luvin' it. 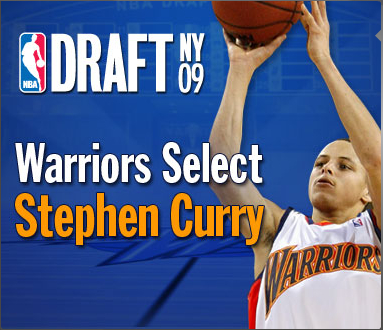 Hopefully Naan 'n' Curry gets a booth at the Roaracle now! [Photo: Warriors.com]

In case you missed it yesterday the Warriors sent Jamal Crawford to the Atlanta Hawks in what amounts to mostly a salary dump for Acie Law and Speedy Claxton. 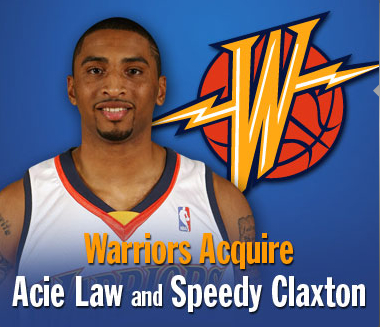 Where's Dale Davis when you need him? [Photo: Warriors.com]
BREAKING NEWS: Warriors and Hawks closing in on Jamal Crawford for Acie Law and Speedy Claxton swap
Exploring the rumored Crawford for Claxton and Law Trade: CBA and salary implications
What can be bigger than that? Well, the possibility of this... 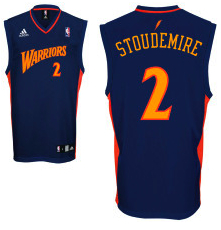 See RUMOR: Warriors inquired about Suns' Amare Stoudemire and offered Andris Biedrins
Use the comments section in this article to continue the discussion about all of these topics plus the 2nd Round of the 2009 NBA Draft. The Warriors don't hold a pick in this round, but that doesn't mean that something interesting can't go down...