Since word first broke that trade talks were really heating up between the Golden State Warriors and Phoenix Suns, there has been NONSTOP dialogue here at GSoM over the potential merits and pitfalls of this trade.

* Weighing the Rumor: cases for and against a deal for Stoudemire

* Warriors Draft Day 2009: This Pretty Much Says It All

* With the 7th pick in the 2009 NBA Draft the Golden State Warriors select... STEPHEN CURRY!

We know what the golden people think, but what do the sunny folk think about this rumored blockbuster deal?

Bright Side of the Sun 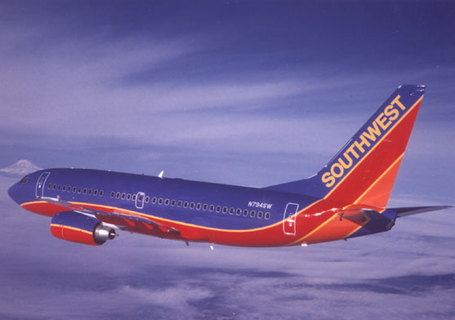 Daily snap poll: Is Curry the key? [Bright Side Of The Sun]

The question is should the Suns do the deal without Curry or Anthony Randolph in the mix?

I think it's time for GSoMers to send a message to Steve Kerr and the Suns. Let's mess with them a little bit. Vote: "They should do it anyway - time to move on"

The core of the rumor suggests the Phoenix Suns are primarily interested in bringing Andris Biedrins and Stephen Curry over to the team. There seems to be crowds on both sides of the fence regarding this deal and rightfully so. But the fact of the matter is Amare needs to be traded and Both teams should be happy to make this deal on July 8th (the earlierst date this deal can be made).

Wouldn't it be funny if thousands of GSoMers rigged this poll and gave Kerr and company the inane notion that they were the team benefitting the most from this trade? I'm just saying...

Don't Trade Amare [Bright Side Of The Sun]

If the Warriors send us Curry, Bellinelli, Wright and Biedrins, then I might reconsider. Anything less, and I cannot accept this as a sound basketball decision. This is for four reasons:

Curry OR Wright and we're probably good to go. Monta instead of Biedrins and the Warriors keep Curry looks good as well.

THANKS FOR NOTHING, GOLDEN STATE [Bright Side Of The Sun]

But something unexpected happened on draft night-the stars aligned or the basketball gods answered Don Nelson’s drunken prayers: Minnesota drafted two point guards at 5 and 6-Ricky Rubio and Johnny Flynn. This left another point guard, Stephen Curry, on the board. Pleasantly shocked and amazed, the Warriors grabbed him. As the story goes, reports from the Suns war room describe an eruption of joyous glee. Steve Kerr and David Griffin bumped chests, and Alvin Gentry did a head spin reminiscent of one of the cast from "Breakin’ 2 Electric Boogaloo." The Suns had obtained a huge haul and the Steve Kerr moron meter had suddenly slanted from Utter Definite Moron to Mostly Competent GM. Yet at that moment, the deal was dead.

Dead is a strong word. I'd use dead to describe the Suns' window of contention (dead) or their front office blowing up ship before watching a full season of Amare Stoudemire, Steve Nash, Shaquille O'Neal, Jason Richardson, Grant Hill, Leandro Barbosa, and Matt Barnes and seeing how far they can go (brain dead).

Definitely head on over to Bright Side of the Sun. Please be respectful and mindful of their unique community etiquette and represent GSoM with class.