RUMOR: Warriors interested in Terrence Williams aka "Gatorade-protector" with the #7 pick

The Golden State Warriors have been hosting a multi-team pre-draft workouts here in Oakland. 2009 Warriors Draft Central on Warriors.com has all the details and plenty of multimedia to get you overhyped about yet another lottery pick for this franchise.

Maybe it's just Nellie playing the media like he always does especially during draft time, but it seems like the Warriors are really interested in Louisville swingman Terrence Williams and the feeling is mutual. 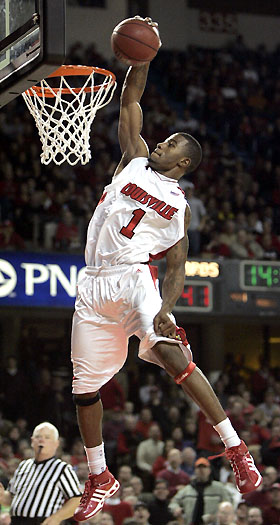 Make the jump like TWill in this pic for the details. [via www.nku.edu]

In Don Nelson in the house, Terrence Williams livens it up, and other group workout notes [Talking Points] Tim Kawakami writes:

But Williams sounded very eager to land with the Warriors, mostly because of the style of play (and, I'd assume, getting drafted 7th vs. out of the top 10 means millions more dollars over the life of his rookie deal).

This is consistent with what Tim told us in our recent Q&A with him.

Tim's also got a great post-workout interview transcript Terrence Williams' Twitter-ish transcript: "I would love to be here".

-Q: Do you see yourself as a possible point-forward, since maybe the Warriors are looking at you for that?

-WILLIAMS: I think I fit great. If that's what they need, I'll play point-forward, center, Gatorade-protector, anything.

Gatorade-protector? Move over Rob Kurz. Your job will soon be obsolete. Sorry man. It happens to even the best of us- just ask Adonal Foyle. 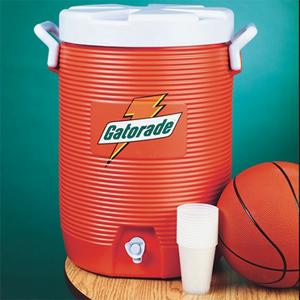 -Q: At Louisville, did you end up guarding the toughest perimeter players?

I know the Warriors are already LOADED with defenders, but I'm sure Nellie can find a role for him.

Check out the rest of the interview transcript. TWill rolls with both Jamal Crawford and Gary Payton.