Sequels are almost never as good as the original, but my agent negotiated for at least two more installments when they greenlighted part I.  So with that, I bring you more basketball myths to bust, debunk and generally scoff at. 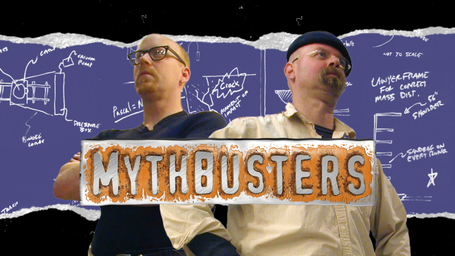 Bust, debunk and scoff at the busting as you see fit.

Myth: Player X just needs to work on his shooting.

Truth: I couldn't actually find the numbers for Player X. He doesn't appear anywhere in either the NBA.com or Basketball-Reference.com player archives. I don't have him in my personal database either.  I'm not even sure who he plays for and can't remember when he was drafted, what position he plays, or if his shooting is really that bad to begin with. But in general, we can make some assumptions about Mr. X without seeing his box score results. Players can and do improve their outside shooting. Many players have entered the league with sub-standard to non-existent long range shots and have developed into accurate three point shooters, to point (and perhaps detriment) that some seem to forget how to do anything else. That said, guys who seem to be inaccurate shooters are often plagued by this for their whole career. It is not impossible, however, and better shooting is something both helps a team and seems to be a not completely unrealistic goal.

Myth: Player X just needs to box out and rebound.

Truth: Rebound rates are among the most stable statistic in the game. Players who are not good rebounders almost never improve substantially even to the level of being adequate. Conversely, guys who are good rebounders seem to rebound well throughout their careers. Should Player X try to box out and rebound better? Yeah. Rebounds are valuable means to secure possessions for your team and correlate strongly with winning. Is it going to happen? Probably not. Anything more than very, very moderate improvement is expecting something that isn't likely to happen, and when it does, it's usually a player who improves in his first couple of years in the league. Harrington will never be a good rebounder. Turiaf isn't likely to become a very good rebounder. Wright has an outside shot at improving his rebounding but I wouldn't bank on it. Biedrins and Randolph will likely be very good rebounders until the day you have to cart them off the court in wheelchairs.

Truth: Statistical totals are in part a product of the situation. However, the major influence is almost always the ability of the player himself and it is rare that statistics are 'inflated' to a degree that anyone would actually notice. In particular, while many suggest that a particular player's rebounds are "inflated" by a lack of other teammates competing for the boards, the actual effect on rebound totals does not seem pronounced. Such arguments rarely hold up to much scrutiny when looking at the rebound rates across time and with various lineup combinations and when looking at the rebounding rates of replacements players in the same circumstances. Ronny was somehow or other not able to capitalize on the same situation that 'inflated' Andris's rebounds. Scoring totals are the most susceptible to being inflated when a player is allowed to shoot more or less at will. However, analysis of scoring efficiency easily reveals if a player's point totals are likely helping or hurting his team.

Myth: Player X just needs to cut down on his turnovers.

Truth: Turnovers are very costly to a team. A turnover means that the other team gets two consecutive opportunities to score without your team having a chance to make a basket. You can't score if you don't get a chance to shoot and if you turn over the ball first, you don't get a chance do this. For a particular player, turnover rate does seem to be something that can improve over time, though turnover prone players tend to be turnover prone. Should Player X try to cut down on the turnovers? Yeah. Absolutely. It would make him a better player and improve the team. Is it going to happen? Probably not, but it's more likely that someone will cut down on the turnovers than that he'll improve his rebounding.

Truth: If we are measuring passing with assists, or using it as a proxy for a player's passing, it's rare to expect changes. A team's offense does have an affect on the number of assists the team in general and each player in particular gets. Players not known for being superior passers have later changed this. Brad Miller more than doubled his assist rate without substantially changing his turnover rate from when he started in the league with Chicago to his peak production with the Kings. However, such changes are rare and in general, guys who do not get a lot of assists rarely start to do so. This is not just a matter of teammates missing or hitting shots, as the difference between passing to the best shooting team and the worst passing team would only equate to 3 or 4 assists per game for the entire team. Should Player X pass more? Yeah. Is it going to happen? Probably not, but it's more likely that someone will start getting more assists than that he'll improve his rebounding.

Truth: Most fans seem to have a rather liberal view of what "average" actually means. In most seasons between 400 to 500+ players suit up for NBA games. This includes everyone from Lebron James to 10-day call-ups from the D-league who are lucky to see a couple seconds of court time to Patrick O'bryant. Average is somewhere in the middle of all of this. Since in any given game there are only 5 starters per squad but 12 players on the active roster and up to 3 players on an injured or innactive list, the 'average' player is not a starter, but a part time bench player. On straight statistical average, the average player gets a touch more than 20 minutes per game, scoring between 9 and 10 points on ~45% shooting (and ~35% from behind the arc), while pulling down four or five rebounds and tossing out a couple of assists. That's average. An example of that sort of production? Think Matt Barnes in 06-07.