2009 NBA Finals: Game 2 Magic @ Lakers- Do something Shaq and Penny couldn't do

Share All sharing options for: 2009 NBA Finals: Game 2 Magic @ Lakers- Do something Shaq and Penny couldn't do 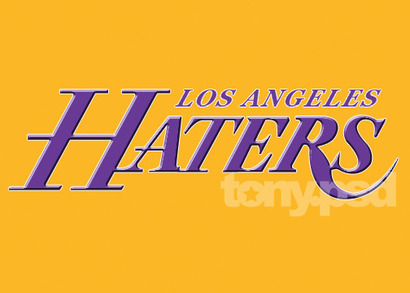 They say hate is a strong word.

And that's exactly why we use it. 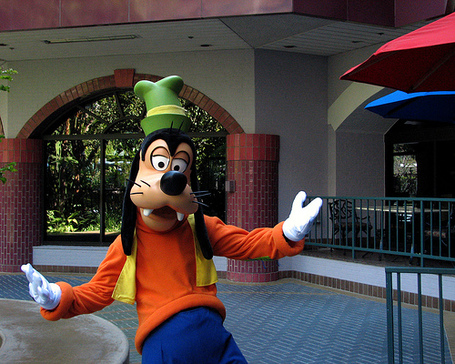 Dogg Dwight and gang need you over in Staples! [via flickr.com]

Lace up your Nike Air Penny's tight and jump for some Game 1 rewinding and Game 2 previewing courtesy of our SB Nation brother sites.

Third Quarter Collapse (Magical Orlando Magic blog): After that crushing Game 1 defeat, Ben Q Rock didn't pull a LeBron. Instead he brought it with a (painful) look inside the numbers. I always learn something new when I visit this blog like the rest days efficiency statistic. The morning after that 25 point loss wasn't so hot and humid in the Magic Kingdom- it was cold like that shooting performance. Makes you wonder what Stan Van Gundy is saying to Dwight Howard right about now. Well at least we know for sure what they're saying before Game 2 of the NBA Finals.

Silver Screen and Roll (LA Lakers credentialed blog): Yes the Magic swept the season series against the Lakers 2-0 this season, but so much for the regular season. They're calling Game 1 "When Kobe Takes More than 30 Shots ...". When you breakdown the box score it comes down to 38 possessions. I was impressed by the Lakers Game 1 performance, but Laker fans aka Faker Nation really wanted 50 from Kobe. Are you concerned with the way the Lakers won Game 1? Anyone rooting for the Magic would have to say yes. In all seriousness, don't sleep on the excellent coverage by John Tucker and the rest of the gang at Silver Screen and Roll- they even take you behind the scenes. Here's there's first preview of Game 2.

I was one of the few hoops junkies who picked the Orlando Magic to win this series. I even went so far to call it Magic in 6. Well it's way too early for me to jump ship. Look for some Magic in Game 2 and I'm not talking about Magic Johnson. It's time for Mickael Pietrus, Adonal Foyle, and crew to do something the Shaq and Penny Magic could never do- win an NBA Finals game.