Now that all of the 2009 NBA Draft madness is over it's time to turn our focus towards 2009 NBA Free Agency. 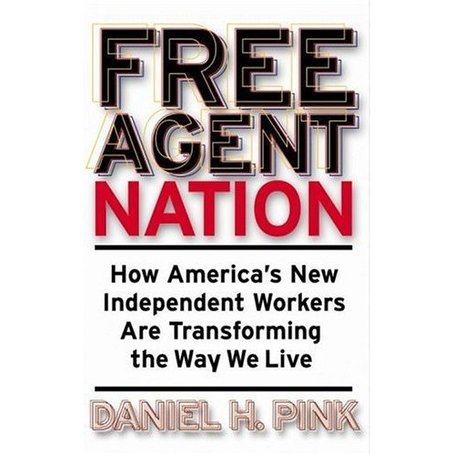 Looks like an interesting read. Anyone read it? [Amazon.com]

In Chad Ford's list of Top 25 free agents for this summer over at ESPN.com he notes that only a handful of teams such as the Golden State Warriors, Dallas Mavericks, and Cleveland Cavaliers are expected to use their midlevel exception this offseason. In the list he notes that the Warriors are interested in two restricted free agents in particular: 1) Ramon Sessions and 2) Jarrett Jack.

Ramon Sessions, Bucks (RFA)
Teams Interested: Bucks, Mavericks, Warriors, Rockets, Heat, Blazers
Salary Range: $3-5 million per year
Teams are always in pursuit of point guards, especially ones that aren't going to break the bank, and Sessions has caught the eye of a number of teams. With the Bucks struggling financially, they may not be able to match. 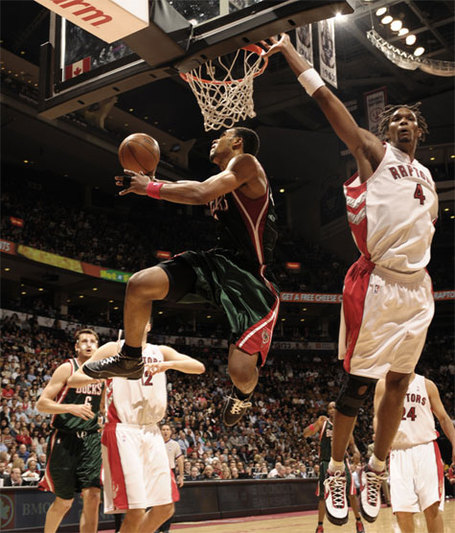 Sessions is indeed intriguing. Some have even called him The Greatest Basketball Player On Earth [Tirico Suave] which is pretty impressive for a guy who the Warriors passed up 4 times in the 2007 NBA Draft for Brandan Wright, Marco Belinelli, Jermareo Davidson, and Stephane Lasme (see Golden State Warriors 1st Round Draft History and Just My Imagination). In all seriousness, Sessions is an upgrade over both Acie Law and C.J. Watson. Maybe if he comes here San Ramon can give him the city key too. If $3-5 million is the asking price, the Warriors should be buying.

Check out: How much do the Bucks want Ramon Sessions back? [Brew Hoop]

Jarrett Jack, Pacers (RFA)
Teams Interested: Pacers, Hawks, Raptors, Sixers, Warriors
Salary Range: $3-5 million per year
Jack beat out T.J. Ford for the Pacers' starting point guard position at the end of the season. He might get offers in the range of the midlevel exception, and it's not clear whether or not the Pacers can afford to re-sign him. One team to watch is the Hawks, who could bring him back to Atlanta, where he played college ball at Georgia Tech.

Jack is about 3 years older than Sessions and provides a very steady hand in the backcourt. There's nothing spectacular about this signing, nor is their much upside. It would still be a solid one nonetheless. The fun money would go to Sessions, but Jack is no slouch either. This is a guy who finished off the 2008-2009 season in a tear. 17.3 ppg. 4.9 apg, and 1.4 stls (post All-Star break) capability is more than adequate for a backup guard.

Over at Indy Cornrows don't miss:

Another name to toss out is Jason Kidd as my esteemed colleague R Dizzle has already done: Bring Back Jason Kidd to the Bay! ...Why not?

Kidd continues to claim that the reports of his demise are exaggerated, and his solid play last season backed him up. Still, he's a 36-year-old point guard.

The Mavs are one of several teams willing to pay for a point guard with court vision. It remains to be seen where he wants to be and whether he'll command more than a midlevel deal. 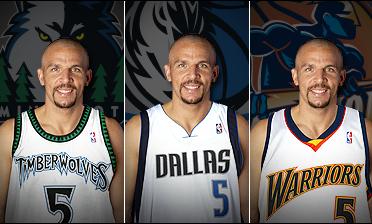 Don't let anyone tell you Kidd is old, washed up, and not good anymore. Take a look at the facts:

Unlike the Warriors other 2 primary ball handlers Monta and Jack, no one is ever going to accuse JKidd of being a black hole or regularly making dumb decisions with the rock.

He’s a perfect PG guard alongside Monta. Kidd is still a phenomenal distributor and he’s big enough and still able to guard the non-elite 2 guards in this league. Think Monta will love running out on the 1 man fast break will Kidd rebounding the rock and dishing a laser pass to him? Think Corey Maggette will love finishing the fast break or long lobs from Kidd? Think everyone will be complaining a lot loss about Jack's turnovers?

At this point in his career Kidd's looking for a championship as he should, so I highly doubt he'd even be the least bit interested in coming back to the Bay to play for Cohan and Rowell's disaster. However, as Eric B and Rakim will tell you- this ain't no joke:

Kidding around in the GSoM Vault:

A final name I'll toss out is the one and only Allen Iverson. It really doesn't appear teams are that interested in him right now. His stock is at its lowest point... ever.

Allen Iverson, Pistons (UFA)
Teams Interested: ???
Salary Range: $3-5 million per year
Iverson's late-season disappearance didn't help his reputation. He's still a good player, but two nagging questions will hurt his case for a big deal: One, with the exception of that magical season in Philly under Larry Brown, is Iverson a winner? Two, does he have much left? The answer to Question 1 seems to be no. The answer to Question 2 seems to be a qualified yes. But I can't find a team that is willing to stick its neck out for him. I think retirement for Iverson isn't out of the question.

If the Warriors can add AI for $3-5 million that would be quite the steal. Last year was a frustrating and injury-riddled one for the Answer, but before that he was actually putting up some of the best numbers of his career. He's one season removed from putting up 26.4 ppg (45.8% FG- 2nd highest of his 13 year career, 34.6% 3pt- career high, 80.9% FT), 7.2 apg : 3.0 to, and 2.0 thefts. in another high octane offense over in Enver. For comparison's sake Monta Ellis' career high ppg is 20.2 and last season he distributed 3.7 apg with 2.7 turnovers (unacceptable distribution totals for a starting point guard in the NBA) and 1.6 steals. A healthy Iverson is a better player than a healthy Ellis in 2009-2010. The big question of course is- will either of these 2 guards be healthy?

Also don't believe the hype that swapping AI with Chauncey Billups miraculously improved the Denver Nuggets and vaulted them to the Western Conference Finals. Billups is wildy overrated and Nuggets just got very lucky in the 1st two rounds of the playoffs. If they faced the Lake-show in the 1st round of this past year's spring dance it'd be the same broken record- bounced in the 1st round faster than you can say "Muppet". Flip back to Polling GSoM: Based on their stats Guard A or Guard B? and if you think I'm a lunatic for holding these stances, I'm sure there's plenty of smart folks over at Pickaxe and Roll who will agree with you.

For a different look on AI see: The Truth About The Answer? [Motown String Music]

I might be the biggest AI fan in the Bay Area and I'm all for bringing Iverson here. Will he guarantee that the Warriors crack the Elite 8 and our playing well beyond the first week of April? Of course not. But who cares? If this team is going to continue to suck (missing the playoffs in 14 of the past 15 seasons) then let's at least have a wildly entertaining team. There's very few players in this league who can entertain more than AI. Plus, who can resist this smallball lineup?

Hey if you're going to suck, then at least do an entertaining job at it.

Also it's probably worth noting that the more star power the Warriors add (e.g. Jason Kidd or Allen Iverson) the easier it might be to convince Amare Stoudemire that playing for the Warriors isn't the worst thing in the world- I mean there's always the Clippers! (Don't sleep on the excellent SBN blog for Warriors South) AI to the Warriors ain't nothing new:

Data for this widget is not currently available