What more can you say about Anthony Randolph's big game against the Bulls? Absolutely amazing. Already the talk of the town before the game, the basketball junkie press has been heaping praise on our second year forward-at-large. Let's just hope that what happened in Vegas does not stay in Vegas, at least when it comes to Anthony Randolph's unreal performance. 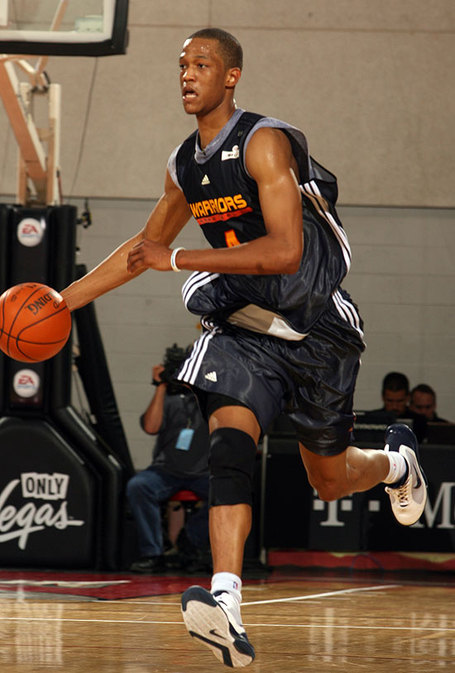 "Randolph's dominance this week can't be overstated. The scoring exploits are impressive, but Randolph has been at it defensively (12 blocks and nine steals in four games), on the glass (8.5 rebounds per game), and passing out of double teams with poise and precision (zero turnovers today). Randolph isn't only the primary scorer on the floor, but the most creative facilitator."

Randolph appears to be rounding into form as a do-everything player, exactly what a team that needed everything last year wants, needs.

For top end firepower, there does not seem to be any way that New Orleans can match up with Warriors. Right now with Anthony on fire, no one can. Still, the Hornets squad features Randolph's former LSU teammate Marcus Thornton (drafted by Miami in the second round and acquired for two future picks) as well as this year's first rounder Darren Collison and former first round pick Julian Wright. All three has seen plenty of floor time in the summer-Hornets' two losses and have managed to find the bottom of the net reasonably well. Collison has shown some nifty passing, though about 40% of the time, those passes have found their way into the hands of his opponents.

Since the cost-conscious Hornets have a full roster of players on payroll for next season, it would seem unlikely that any of the other warm bodies have a legitimate shot at playing in Big Easy next year unless one considerably outshines Thornton.

But it's not about the Hornets. It's about Randolph.