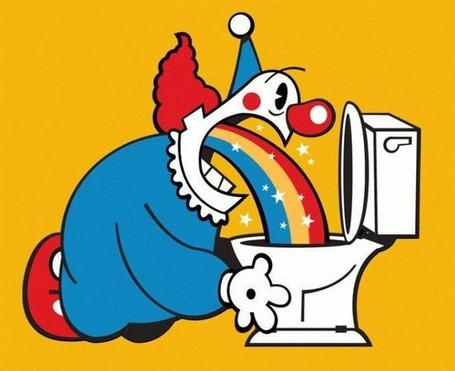 Jump for the info.

Tim Kawakami in Warriors big picture: Is Cohan getting ready to sell? over at Talking Points for the Mercury has what seems like a dream come through for long suffering Warriors fans:

Warriors owner Chris Cohan is believed to be seriously considering selling his 80% stake in the franchise in the next year or two, according to the sources. (He took control of the franchise in January 1995.)

In fact, one knowledgeable source said it’s "highly likely" that Cohan will sell most or all of his controlling interest in the team, possibly pulling back only if the current recession unexpectedly continues through 2011 and Cohan can’t get the price he wants.

The sources did not give specific reasons for Cohan’s potential sell-off, and all of them noted that Cohan has spoiled soon-to-sell speculation several times in the past.

But one source pointed to Cohan’s long-running battle with the IRS and another theorized that Cohan has wearied of the criticism he receives for the team’s run of disappointment, which includes 1 playoff season and 14 seasons in which the team did not reach the postseason.

I will also add that I've personally heard from several insiders over the past few years that Cohan was nearing a sale for various reasons, although obviously/ unfortunately nothing has yet to materialize.

Cohan (since we all know you're reading this)-- It's time to stop embarrassing yourself and sell the team. It would be great for the Bay Area, the NBA, and the game of basketball. Thanks!

Marcus Thompson writes Cohan Cashing Out? over at Inside the Warriors for the Bay Area News Group:

While his departure may cause a parade in the streets, the change of ownership is no small deal. It could potentially set things back. A new owner could mean new president, and maybe even new general manager and coach. And all that could mean new roster, new direction on the court.

If I were the new owner of the Warriors my first order of business would be to fire Robert Rowell. The man simply does not have the resume of a guy even the least bit qualified to be the president of a half a billion dollar corporation. It's not like his on the job "training" with the Warriors the past decade is very impressive- it can be likened to former Rowell/ Cohan publicity stunt Chris Mullin's "tutelage and grooming" for the head front office man under Gary St. Jean. Rowell's (deserved) firing would cause yet another parade in the streets.

My second order of business would be to give GM Larry Riley and head coach Don Nelson a vote of confidence. Nellie is a legendary head coach in this league and a shrewd basketball man who has resurrected the the once lowly Dallas Mavericks and the Warriors twice. If Riley's the guy he wants helping him out upstairs, then so be it. Riley might not have the most distinguished front office resume, but he is experienced and sounds a whole smarter and prepared than previous front office personnel this team has had. Despite what all the Nellie haters and Mullin apologists might have you believing, this duo is legit and the fact that they're on the same page is a great thing.

The third order of business is to blow up this roster. This mostly Mullin-created roster is a straight up disaster from top to bottom, but that's a discussion for another time. Let's stay focused here...

What are some of the other things you're hoping are changed about this dysfunctional, unprofessional, and losing organization under a new majority owner?

Thanks to UCdubsFan for putting up the FanShot.

99% of rumors never happen, but 100% of Warriors faithful desperately want this one to happen!