A 5 year $50 million deal for Andrea Bargnani? They don't call them the Craptors for nothing. (ffgolden's FanShot), Quick! Let's see if Toronto is up for a Chris Bosh for Marco Belinelli swap. They've been rumored to be a fan of Belinelli for years. Bargnani + Belinelli = The Italian Double B's! 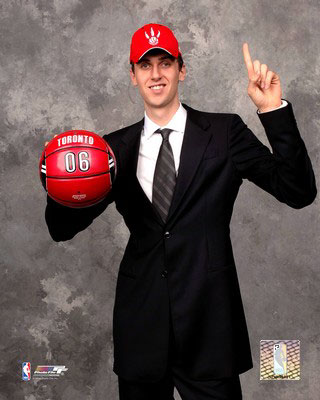 Well good for him.

He might have the #1 worst contract in league right now, but at least it seems like he knows it.

A lot of folks didn't seem too enamored with the Warriors going after a guard in free agency (see 2009 NBA Free Agency: Warriors Expected to Use Midlevel Exception- Ramon Sessions, Jarrett Jack, Jason Kidd, and Allen Iverson), so let's go big in this piece. How big? Well not that big really. Make a big jump though.

Rusty Simmons has the scoop over at SFGate:

The NBA announced Tuesday that the 2009-10 salary cap will be $57.7 million and the luxury tax level will be $69.92 million, leaving the Warriors, as expected, without enough room to make a huge free-agent splash.

Though Golden State execs have been mostly mum during the free-agent recruiting period, they have indicated that they are waiting to see if they can get a discounted veteran power forward since the economy is so unpredictable and most teams are at or above the cap already.

Among those who could be chased are Drew Gooden, Antonio McDyess, Sean May, Joe Smith and Chris Wilcox...

Drew Gooden: The Warriors mistakenly passed him up for the ever so "smart" Mike Dunleavy Jr. back in 2002. Let's hope they don't pass him up again.

Check out: Drew Gooden Wouldn't Mind Going to the Warriors 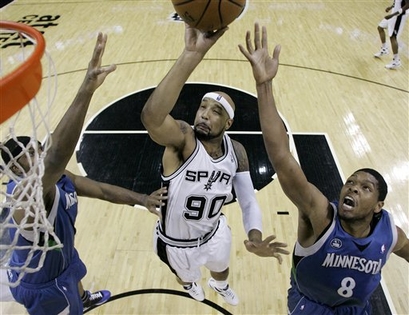 I hear it really stinks living in San Antonio. [via lakers.freedomblogging.com]

Antonio McDyess: If it wasn't for that nasty knee injury earlier in his career we'd probably be looking at this 34 year old as a battle tested star player, not just a very solid role player. Is he old? No doubt. Is he washed up with nothing left in the tank? With 11.7 rpg/36 rate last season I'm not buying that at all. He's also got the beef that Larry RIley's looking for. 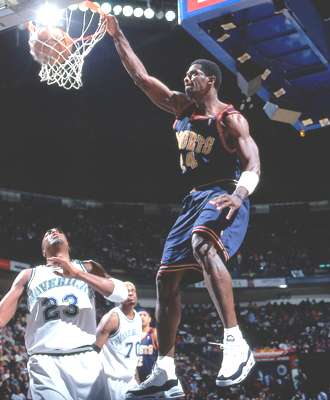 McDyess was real nice back in the day. [via www.geocities.com]

Fit: Horrible. McDyess has been playing for a contending Detroit team for the 4 out of the past 5 seasons. Playing for a team just fighting to not miss the playoffs 15 out of the past 16 seasons is going to drive him to boredom and a very likely early buy out. For the Warriors this is a no-brainer if he's willing to come over and play for a loser though- that's about 20 nice dependable minutes from the 4/5 spot.

Sean May: His career has just been very sad. May has shown some very nice flashes in his first 3 seasons in the association (about 16-10 per 36 career), but for whatever reason he just can't stay healthy. Maybe the Warriors training staff can whip him into shape although that seems very unlikely. After possibly watching every single game May played for UNC, my colleague JAE can probably break down May's game with the best of them, so I'll defer to him here. 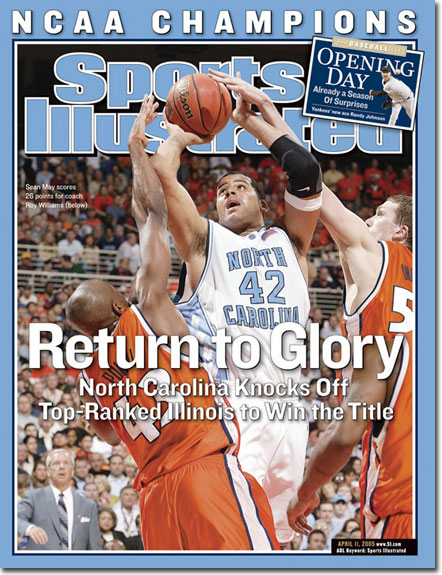 Fit: Worth a shot. Maybe he can revitalize his career with the Warriors. What's another injury risk for this team anyway?

Also see: How to Resolve the Sean May Question [Rufus on Fire]

Joe Smith: You should be more than familiar with Ordinary Joe. 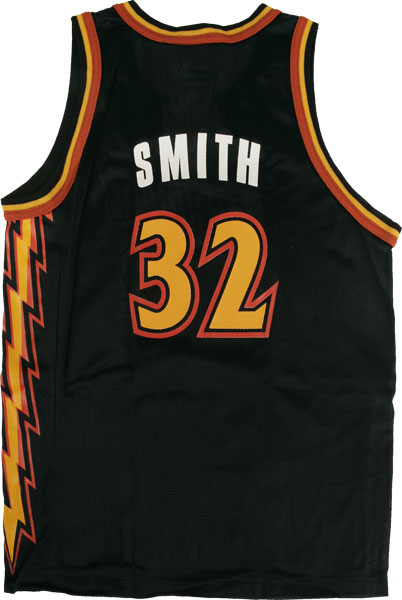 They should hang this jersey from the rafters at the Roaracle just as a reminder.

Fit: I'll pass because I'm scarred for life from how the 1995 NBA Draft panned out, but then again maybe we can trade him to the T-Wolves for 3 future first round picks.

Chris Wilcox: For whatever reason Chris Mullin really seemed to want this guy pretty bad a few years ago:

I can't say I feel like the Warriors missed out there. 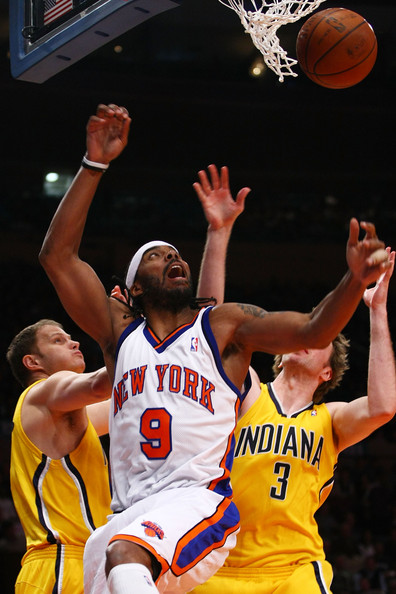 Fit: Poor. I'd rather have the backup big man minutes going Ronny Turiaf. Wilcox is a better rebounder and scorer though, so maybe that's just a matter of personal preference. Either way his impact on the Warriors season next year seems like it would be pretty minimal at best.