Share All sharing options for: RUMOR: Warriors after Carlos Boozer

UPDATE (7/11/09 8:55am): Thanks to our friends over at Bright Side of the Sun this poll is slightly rigged! See Warriors To Trade For Boozer instead of Amare? 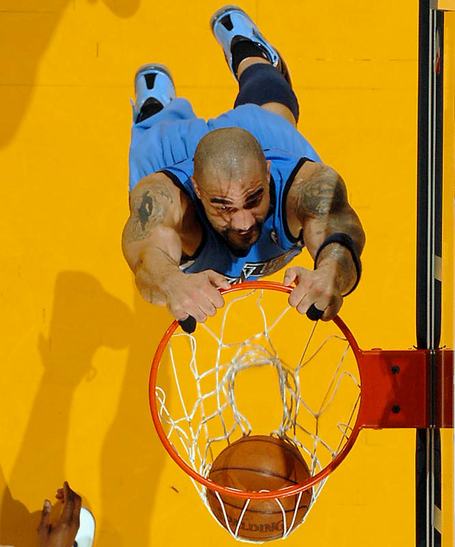 Well he's already used to wreaking havoc in the paint at the Roaracle.

SI Vault: Dunk of the Week

The Warriors are after Boozer. But all they have to offer are big, long contracts. Utah wants financial relief, not more pain.

First thing's first. If the Jazz are looking for big expiring deals, this trade won't happen unless a 3rd team can get involved. Don't be fooled by today's 4 way swap between the Mavericks, Raptors, Grizzlies, and Magic. Multiple team trades in the NBA are very difficult to concoct. So, the chances of the Warriors getting Boozer via trade are very, very slim. But just for fun...

Carlos Boozer would instantly give the Warrior a scoring force down low and big time rebounder. They last time the Warriors had a big man of that caliber... well, I won't go there.

Boozer only played in 37 games last season mostly due to a quadricep injury. Unlike Amare Stoudemire's eye injury last season that doesn't seem like a fluke. You have to wonder if Boozer is damaged goods and how many games he can give you next season. Make no mistake though, he's a force to be reckoned with on offense if healthy.

The biggest concern with Boozer's game even when healthy has to be on the defensive end. Now gaudy rejection totals don't necessarily mean you're a good defender down low; just like steals don't necessarily mean you're a good wing defender. But I have yet to see many big men who are good defenders that can't even manage to rack up 1 block per game over the course of their career. Boozer is at a shockingly low 0.5 for his career and only swatted 0.2 shots a game last season. That's not exactly the making of a big man who protects the paint.

It's natural for Warriors fans to have a really inflated sense of Boozer's ability because he's essentially terrorized this team and that feeling that he inflicted some serious abuse still lingers from the 2nd round of the 2007 NBA Playoffs, but looking over his numbers and considering his reputation on D especially without Deron Williams and Andrei Kirilenko I wonder if he'll just be a rich man's version of this guy: 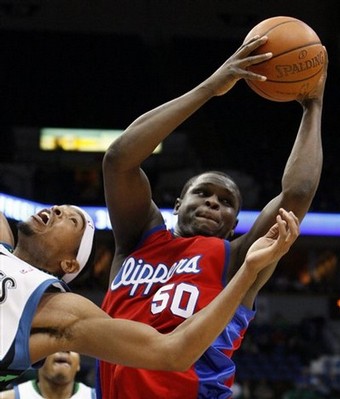 Don't be mistaken though. If Boozer is healthy and able to return to his scoring and rebounding prowess of a 2-3 seasons back, he would instantly be the best player on this current sub-par Golden State Warriors roster.

The fact that the Warriors are rumored to be after Boozer also makes you wonder if this is either by design or by coincidence putting any pressure on the Phoenix Suns to ship Amare Stoudemire to the Bay.

Thanks to Sinigang for the FanShot.