After a sitting out the past 3 seasons, the stalwart of the pre-Boom Dizzle for Speedy and Dale era of GSW hoops Calbert Cheaney is making a comeback! Move over Brett Farve, it's Calbert's comeback day today! 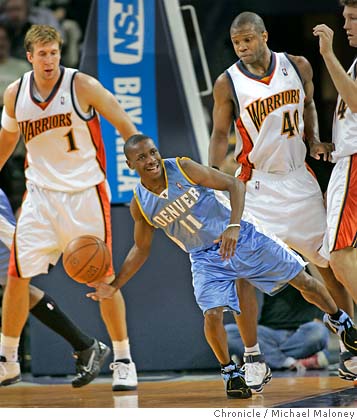 Jump for the all the details and more!

Okay Calbert won't be bringing his high hoops IQ and steady jumpshot to the actual hardwood next year, but he will be bringing his mentorship skills to the sideline. See Warriors Name Calbert Cheaney Special Assistant [Warriors.com]. Here's what Warriors GM Larry RIley had to say about the comeback:

"We're really fortunate to have an individual the caliber of Calbert Cheaney return to our organization as a member of our basketball operations staff," said Riley. "Throughout his NBA career, Calbert was regarded as a consummate professional and one of the classiest individuals in the game. We look forward to his contributions and the positive impact he will have on our players and our organization overall." 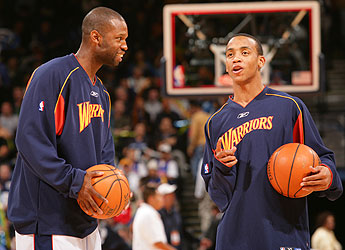 If only Calbert mentored Monta on moped driving too.

And from the man himself:

"I'm very grateful for this opportunity to return to the Warriors' organization, and look forward to contributing on many different levels," said the 13-year NBA veteran. "My family and I had a great experience during my playing days in the Bay Area and we're very excited about our return. I've always envisioned rejoining the NBA in some capacity following my playing career, and this is the perfect situation. The Warriors are a great organization with tremendous fan support, and an extremely talented young team. I look forward to playing a role in our continued growth, both on and off the court." 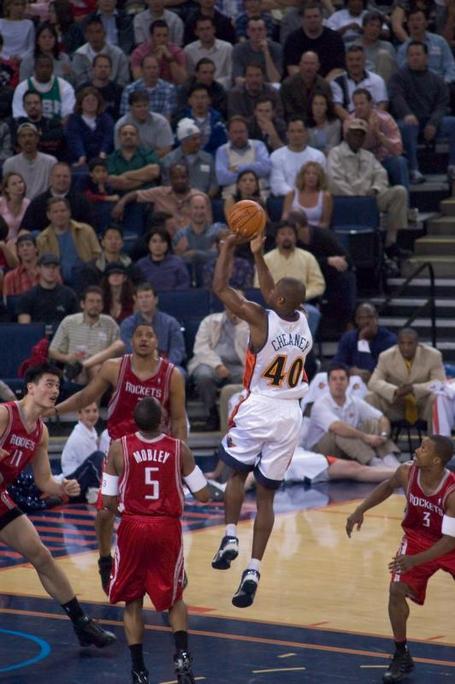 Even 4 Rockets couldn't guard him!

Calbert Cheaney: C-
This former flop (#6 overall pick) brings some needed veteran leadership, but he should NEVER be playing (1.8ppg in 10.4minutes per game). Warriors Nation doesn't call him "the towel" for nothing. Still, his teammates seems to appreciate his influence. 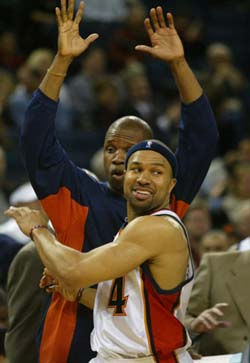 CC was such a good guy he even rooted for Derek Fisher when he was sucking the life out of the Arena with his Kobe impersonations and complete inability to run the simplest fast break.

All jokes aside this is a nice move by the Dubs. After Calbert Cheaney's standout career at Indiana the Washington Bullets took him with the 6th pick in the 1993 NBA Draft. He was somewhat of a bust in the NBA and went on to have 13 remarkably unremarkable seasons (see his career numbers- NBA.com | Basketball Reference). However, by all accounts he was the consummate professional. I do remember Jason Richardson even giving Calbert some major props and crediting him for his breakout 2005-2006 campaign, which won him a spot on the Slam Top 50.