Polling GSoM: Which forward should have a better career based on their first two seasons in the NBA?

Share All sharing options for: Polling GSoM: Which forward should have a better career based on their first two seasons in the NBA?

These blind taste tests seem be at the very worst interesting to a lot of GSoMers, so let's try another one to pass by some of the dullest moments of the NBA offseason. Here's the stats per 36 of these two forwards' first two seasons with the Warriors with their personal highs bolded:

Vote in the poll and then make the jump! 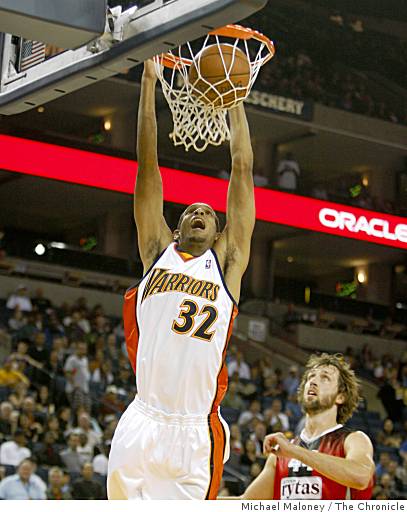 Lietuvos Rytas can't stop Brandan Wright- they can only hope to contain him! 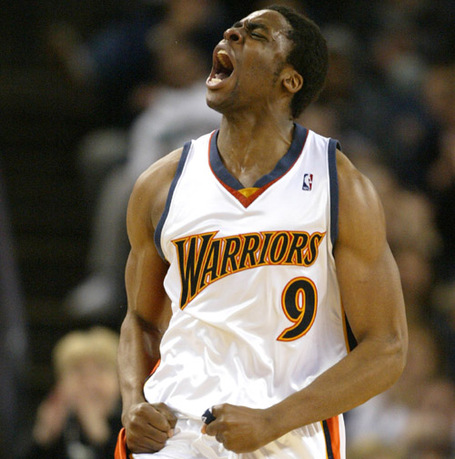 Check out At the Hive for the latest on Ike Diogu.

Wouldn't you know Chris Mullin's 2005 bust sported superior scoring and rebounding per 36 in his first two seasons with the Warriors compared to the guy local Bay Area media and fans alike can't stop berating Nellie for not giving more playing time to?

Other red flags for BW:
On the plus side for BW:
What do you read from this per 36 rookie and sophomore year comparison between Brandan Wright and Ike Diogu? Is Brandan Wright destined to be Ike Diogu Part II? Is the "plus side" enough to make up for the red flags?
Just for kicks check out John Hollinger's Trade analysis: Pacers may hit home run in long run [ESPN] circa the Warriors-Pacers trade at the end of 2006:

Nonetheless, it's shocking to see the Warriors include such a talented prospect as Diogu as a throw-in, especially considering a year earlier they wouldn't budge on putting him into a deal for Ron Artest.
It's not like including him was necessary to balance the scales. Going by 2006-07 PER, the three highest-rated players in this deal all went to Indiana. In fact, Murphy has outrated Harrington in four of the past five seasons (including this one). And while Jackson is preferable to Dunleavy on talent, he is a huge question mark in the chemistry department -- not to mention a guy who has to stand trial in Indianapolis in February.
So if you take Diogu and Powell out of the trade, this deal starts looking a lot more reasonable -- Golden State upgrades the backcourt a bit, gets a slight improvement in the cap situation, takes on a bad apple in the locker room and makes a slight downgrade from Murphy to Harrington. That seems fair.
But to throw in Diogu on top of it? That's absurd. Or it's genius, if you're looking at it from Indiana's perspective.
The other names are nice and all, but 10 years from now I have a feeling that we'll be looking back on this deal as the Ike Diogu trade. And if you're a Warriors fan, you probably won't be looking back fondly.

"The Ike Diogu trade". Still cracks me up.
Thoughts from people who actually watched Ike Diogu, Troy Murphy, and of course Mike Dunleavy when they played on the Warriors:
Public service memo to Warriors: Trade the non-shooting, non-defending, and non-improving top-something center and "power" forward who weighs less than the shooting guard they foolishly gave up for him for Amare Stoudemire, some goggles (Fear the Goggles!), and an apostrophe! 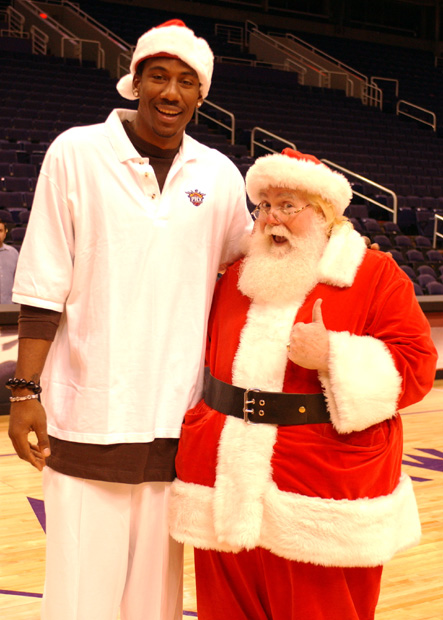 Can XMas please come early for Warrior fans this year?

See if you can convince our friends at Bright Side of the Sun to pull the trigger!