Share All sharing options for: Rumor: Warriors and Kings "flirted with" Nate Robinson + The Monta Extension

A little Kryptonite might help the Dubs play spoiler this season. 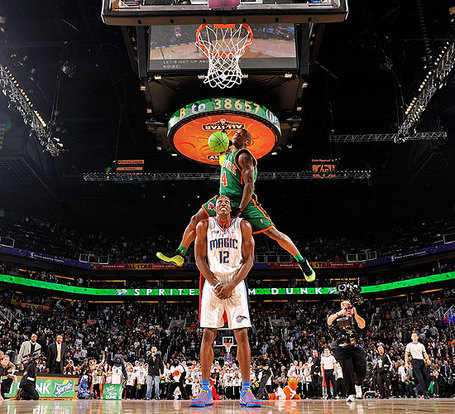 From HoopsWorld NBA AM: Free Agents For Sale?

Nate Robinson: The New York Knicks are playing an interesting game of chicken with Nate Robinson. The word is that Nate has a one-year, $5 million offer on the table and has not accepted it.

The Knicks this week picked up Jason Williams off of waivers from the Clippers, giving them until Thursday to ink a deal with the 33-year old point guard who will work out for the team today. If the Knicks and Williams can reach a deal, Robinson's $5 million may disappear.

Robinson flirted with the Sacramento Kings and the Golden State Warriors, but neither were willing to go long term for Robinson. The Orlando Magic got the sales pitch from Robinson's agent Aaron Goodwin, but the Magic opted for Matt Barnes.

Robinson received a two-year, $10 million offer from Olympiacos in Greece but turned that deal down. The Knicks Qualifying Offer is $2.9 million for next season, so it's not like Nate is out of a job next season, he too may have to warm up to the idea that his payday is 11 months away.

Nate's undoubtedly a fun player to watch and I'd definitely pay to see something like this happen again at the Roaracle:

However, I'm not too sure he would really help the Warriors all that much given they already have Monta Ellis and Stephen Curry. There doesn't seem to be enough minutes to go around in that backcourt for another undersized combo guard. It would be fun though. No doubt. (I'll admit I'm a sucker for hoops-tainment especially when it comes to a losing club like the Warriors.)

Looking over the numbers, this player comparison of per 36 minute stats from the 2008-2009 NBA season caught my eye though and it seemed worthy of highlighting.

NOTE: I'm usually not a big fan of per 36 minute extrapolations, but here's a case where they make a lot of sense. Both players played almost the same number of a minutes, so per 36 numbers are a good way to normalize their stats for a clearer comparison. Both players also play in high octane offenses with little regard to defense.

Who's the boss baller? 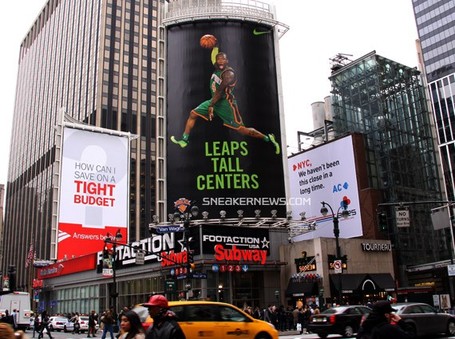 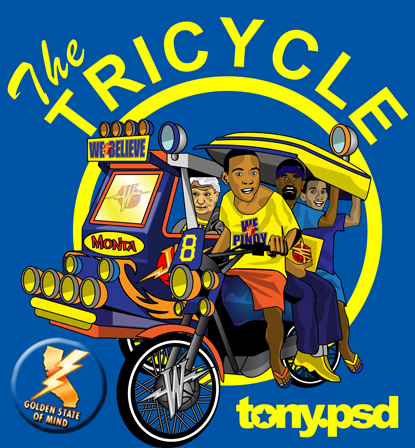 Now Monta Ellis did have an injury plagued 2008-2009 campaign (his own doing) and his numbers were down from the previous breakout season, but who is to say that he'll never have any lingering ankle issues again or that he'll rebound to that 2k7-2k8 level without Baron Davis being the primary ball handler and distributor? Is it really all that crazy to think that Nate Robinson will be a better player than Monta Ellis over the course of the next few seasons? I'm honestly not that sure right now.

Another related thought- Look at how hard of a time Nate Robinson is having getting a lucrative long term deal this offseason as a restricted free agent. What if the Warriors didn't play softball with Monta's agent, that guy giving him terrible advice, and made his camp sweat a little last offseason? Think the Warriors could have gotten a better deal than 6 years $66 million dollars? I think so. Instead they're chained to a big money long term contract that could be very regrettable.

Unless you've got the likes of LeBron James or Dwight Howard, I see very little reason to extend your restricted free agents in the NBA. It's a premature decision with very little apparent benefit under the NBA's current collective bargaining agreement, which is designed to help teams retain their own players. Let's say the Warriors waited a year. Would Moped Gate have happened? Would Monta not even be worth extending? Who knows. But what is certain is that the Warriors would be able to offer Monta more money than any other team around the association. 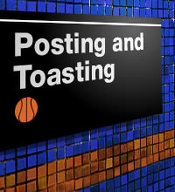