Share All sharing options for: Around the Association: 2009-2010 Indiana Pacers: A One Man Show

There's not much to like about Indiana this year. Injury plagued point guard (TJ Ford), starting 2 guard is out until January (Mike Dunleavy), your starting power forward doesn't play defense (Troy Murphy), you lost your backup point (Jarrett Jack), and you didn't improve on a team that won just 36 games last year and finished 3 games out of the playoffs. Danny Granger makes this team bearable. Tyler Hansbrough's nonstop energy will be a welcome sight for those fans who actually like watching players hustle. But other than Granger and the hope that Hansbrough actually plays well, there's not a whole lot to like about the Pacers. 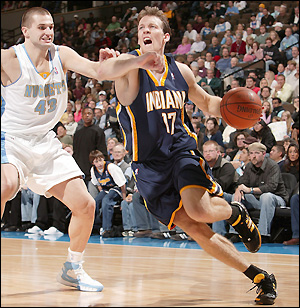 Offseason Additions
VIA DRAFT
Tyler Hansbrough (No. 13)
AJ Price (No. 52)

There are really just 2 things that matter to me when I think of this season's Indiana Pacers: Danny Granger and Mike "BOOOOOOOOOOOOOOOOOOO" Dunleavy Jr.

1) Danny Granger
He is the one and only reason that watching the Pacers doesn't make me want to rip my eyes out. Smooth isn't smooth enough to describe just how smooth he is. Or maybe it's because when he faces the Warriors he doesn't miss. He averaged 41.5 in the two games against the Warriors. No, not 41.5 minutes, 41.5 POINTS. He was a perfect 31-31 from the line and also averaged 9 boards and 4.5 assists. I'm afraid to see what he'll do this year. He scored 40+ 3 times in a game last year, two of those were against the Warriors. Nice defense.

He may be one of the least discussed, most underrated stars in the league. Oh and the Warriors passed on him to take...drum roll...Ike Diogu. But don't feel bad Warriors fans, many other teams passed on him to take Andrew Bogut, Marvin Williams, Raymond Felton, Martell Webster, Charlie Villanueva, Channing Frye, Fran Vazquez, Yaroslav Korolev, Sean May, Rashad McCants, Antoine Wright, and Joey Graham. Ouch.

In a couple years Granger may just be the best player in the NBA. He's building himself a bat cave. How cool would that be? If he can do half of what Batman does and translate those skills into the NBA, LeBron won't stand a chance. A superhero with a jump shot.

I wanted an underground tunnel entrance.

2) Mike Dunleavy
What would a Pacers preview be without a little Funleavy Foto Fun? If you don't remember, he signed that 5 year, $44 million deal with the Warriors and GSOM celebrated with 44 reasons (Part I | II | III | IV) to crack up. 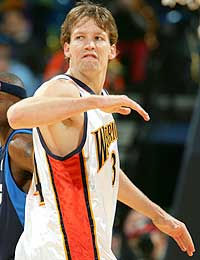 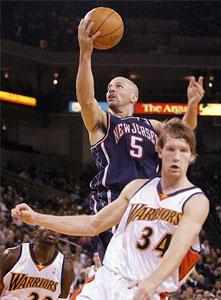 And my personal favorite 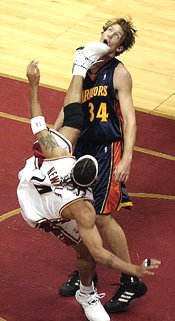 Big Mike is coming off a season in which he only played 18 games. He was expected back in December of last year, but didn't make it back until January. He played 3 minutes in a game against Washington on February 8 and then was shelved for the rest of the season with a severe knee injury. He underwent successful surgery this offseason and is again eyeing a January return. Tough break for DunDun just as he was playing well 2 seasons ago and finally playing up to what people thought he could do. Hopefully he can step back on the court so he can provide us with some more hilarious images.

Remember when Jack was in Indiana? Artest, Jermaine, Jax. What a team that could have been if they didn't self-destruct. Check out some highlights of Jax from a few years ago.

More on the Pacers at Indy Cornrows: 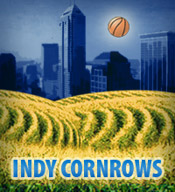