Share All sharing options for: Around the Association: 2009-2010 Sacramento Kings: It's all up from here

A quick confession: Though Sactown Royalty blogheads probably would not believe it, after my beloved Warriors, I am a Kings fan. More than a half-decade living in the Central Valley, a period that coincided with the exciting Webber/Divac/Bibby/Peja Kings a period that coincided with the Kings being the greatest threat to knock off the Lakers, instilled in me a fondness for our NorCal neighbors. And though I do not own a cowbell, I have stepped foot inside Arco to cheer for the home team. There was no joy in watching them lose to anyone other than our Warriors. And I really do wish them and their fans success. 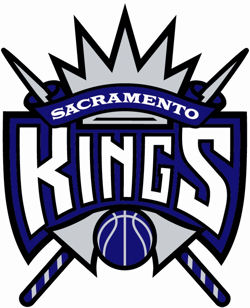 But this fandom (if only fandom-lite) is not at the expense of objectivity. Objectively, the Kings were not any good. Good teams do not lose 65 games a season. Good teams do not find themselves 29th in the league in rebounding percentage and 30th in the league in in defensive efficiency and 25th in offensive efficiency. Such are the sort of numbers associated with a team struggling to even remain competitive. There's not much silver lining there. Last season, the Kings just plain stunk.

That's yesterday's news though, isn't it?

(With luck) The stench associated with being the worst team in the Association.

Despite the league's worst record, the Kings lottery numbers were not called and they slipped to 4th in the draft, denying them a shot at Blake Griffin. When the #4 pick arrived, SAC selected Tyreke Evans, a 6'5" guard fresh off his lone season with the U of Memphis Tigers. Evans has demonstrated athletic skills that should allow the Kings to try him at either guard position and the strength to match up defensively against forwards. Evans is an intriguing selection; his game had not yet caught up with his talent. His assists indicate a willingness to share the ball, though he was turnover-prone, perhaps as a result. He is a strong rebounder for a guard as well. While Evans did not shoot particularly well from the field and showed some questionable judgement in firing up far more shots from behind the arc than his present abilities would seem to justify, he found a way to score, often finding himself at the FT line. Evans has the potential to be a do-everything sort of player, a perfect fit for a team coming off a 17 win campaign, needs everything.

If he can adapt to the challenges of being an NBA point guard, Evans will give the Kings a solid young duo, teaming with swingman Kevin Martin. Few rival Martin's ability to score efficiently. A lethal threat from beyond the arc, Martin also shows an uncanny ability to draw fouls and convert from the stripe, unexpected from a player so adept with the jumper. With Martin around, the Kings have potential to stay in any game given his potential to match points with anyone. If Evans does not rise to the occasion directing the show, point guard duties would seem to fall on Beno Udrih or the newly acquired Sergio Rodriguez. Udrih was something of a disappointment after looking reasonable in his first season in Sacratomato. Rodriguez is very solid distributor who takes good care of the ball, but is an exceptionally poor shooter.

The front-court is young and seems to excite the Arco-Bell-Ringers. Jason Thompson, considered by many to be something of a "reach" pick when selected 12th in the 2008 draft, proved the draft "experts" rather wrong rather quickly. Athletic and skilled, Thompson gives the Kings hope as talented big men do not come around often. The 6-11 power-forward distinguished himself as a scorer and was a respectable rebounder, something the Kings desperately need.  A healthy Sean May could help.  It is unlikely that Sean May will be healthy.

This desperate, almost Warrior-style need for rebounds is in part the fault of the young center, Spencer Hawes, who, contrary to the opinion of many a Kings blogger, has sucked. No matter how subjectively "good" Hawes has looked, no matter how much fans may fall in love with his shooting range, Hawes's poor FG% (an unacceptably low for a center 46.6%) and substandard rebound rate make him a significant liability. Whatever advantages his outside shooting (Hawes connected on an almost NBA average 34.8% from beyond the arc) his inability to pair this with the sort of interior game necessary to make him an even average hurt the team. The penchant for the outside shot also meant that the young Republican was pathetic at getting to the line and rarely able to compete on the offensive glass. The Kings finished dead last in offensive rebounding percentage and second chance scoring opportunities as a result. It is possible that Hawes will find ways to score efficiently, though it is less likely that his rebounding will improve to acceptable standards. Scoring points though is the single skill most associated with big paychecks and fan approval in the NBA, so even if he thwarts efforts to win games, he may well still be errantly considered a 'good player'.

If only because there is very little room to fall, the Kings promise to be a more competitive and more successful team this year. The continued excellence from Martin, further development of Thompson, promise from Evans, despite ill-founded hope for Hawes, should inspire faith for the Kings faithful that the darkest days are behind them. While it would take minor miracles for them to seriously compete for an appearance in the post-season, they now have several solid pieces upon which to build.

For more on the Sacramento Kings check out Sactown Royalty: