Share All sharing options for: Around the Association: 2009-2010 San Antonio Spurs: An Apple A Day... 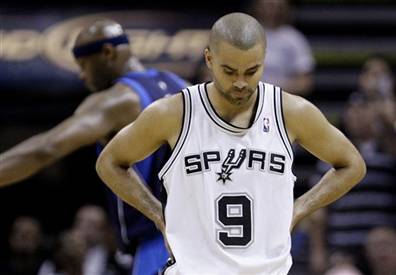 After a disappointing postseason which ended with a first round exit at the hands of the Dallas Mavericks, the Spurs knew they needed to reload. The Spurs did just that by bringing in Richard Jefferson and are ready to take aim at the mighty Lakers. In the Western Conference, only two teams are considered title contenders, the heavily-favored Lakers and the Spurs. Nobody else is seriously in that conversation. But the Spurs title hopes are a precarious one and require things to go just right. An apple a day keeps the doctor away.

VIA TRADE
Richard Jefferson (from Milwaukee) 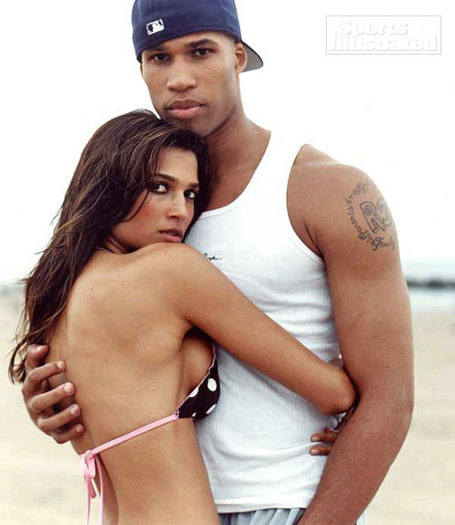 Why the Spurs traded for RJ

There's no doubt in my mind that the Spurs upgraded their roster.

They traded some spare parts (Kurt Thomas, Fabricio Oberto, and Bruce Bowen) for a bona-fide scorer, Richard Jefferson. That single move launches the Spurs from pretender to contender. He'll take a lot of the load off of Parker, Duncan, and Ginobili to score and he'll also make it easier for them to score with his ability to draw defenders away from any double teams on those guys.

And those spare parts they traded, the Spurs replaced them with shinier and better functioning spare parts.
They signed Antonio McDyess to be their starting power forward. Doesn't it seem like McDyess has been around for 20 years? The guy keeps finding a home and "brings his lunch pail to work everyday".

They also signed Theo Ratliff to help out down low. I'd say he gets under 10 minutes per game, but every minute that Duncan doesn't have to play in the regular season allows his body to be that much more rested for the postseason.

They drafted DeJuan Blair who should be able to step in right away and give Tim Duncan a quick breather every now and then. He's got the girth to take up space in the lane, grab boards, and maybe get some easy, garbage buckets.

All in all, these moves reshaped the supporting big man cast around Duncan. He's got some better players down low to help him out and give him a breather. It's all about keeping those minutes down for Timmy.

But all those moves still may not be enough to take down the Lakers.

Which brings me to the big concern I have about the Spurs. They're one injury away from not being a title contender. We saw that with the Manu injury last year. He played just 44 games, missed the postseason, and they got bounced in the first round in just 5 games. The trade for RJ will help if any injuries happen, but that just puts them on par with where they were at last year. The problem with that is the top Western teams have all got better than they were last year, so staying on par is not going to help their title chances.

If the Spurs can stay healthy and Tim Duncan's production doesn't slip (too much), then they'll be in the Western Conference finals facing the Lakers. If things do not go perfectly for this team though, they might find themselves in another early postseason exit.

An apple a day keeps the doctor away. Keep eating them apples.

For more on the San Antonio Spurs check out Pounding the Rock: 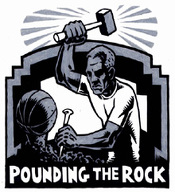