Around the Association: 2009-2010 Dallas Mavericks: The Curse of the Dampier

Share All sharing options for: Around the Association: 2009-2010 Dallas Mavericks: The Curse of the Dampier

Here's what I don't understand. Mark Cuban is a smart guy. Erick Dampier is their starting center, 5 years and counting. The two should be polar opposites. Either Mark Cuban is an idiot or you'd find a better starting center than Dampy. Thus, the Curse of the Dampier. He will not be a starting center on a championship team. Case in point, the referees had to intervene and give the Heat the championship when Miami and Dallas met in the Finals. They just couldn't let Dampier win. He's like the Old Maid, you can't win if you have him and nobody else wants him.

2009-2010 Prediction
I think they'll be better this year with Marion but they still won't be good enough to in the West to do any damage. They'll win 50+ games and maybe get to the second round but after that it's over if they have to face either the Lakers or the Spurs to get to the conference finals. I would say their odds of making the conference finals go up 10 fold if they get rid of the Curse of the Dampier - Ron Artest goes Ron Artest (Indiana Pacers version) on Kobe, Melo and Billups get stuck in a snowstorm for all of the playoffs, and Tim Duncan gets suspended for fighting that bald ref.

Top Stories of the Offseason
The Mavs were quite busy this offseason but there were just 3 stories of interest. 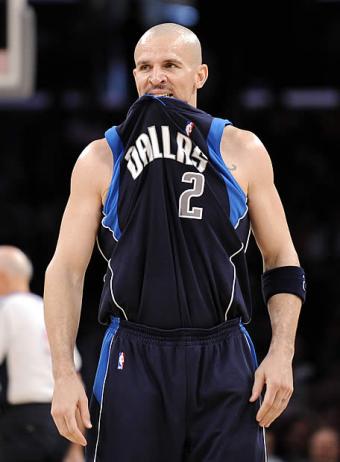 Uh oh, we still have Dampier

Top Story #1: The Mavs re-sign Jason Kidd
Every team needs someone to handle the ball. Jose Juan Barea is not ready to be a starting PG and most likely never will be ready. Outside of trading for a point guard, re-signing Jason Kidd was probably the most important offseason move the Mavs needed to make. Done. You didn't actually think he was coming back to the Bay to play for a lottery bound team did you? Is he on the downside of his career? Yes but he's still good for nearly 9 points, 9 assists, 6 boards per game. Plus he's improved his 3 point shooting since he got to the Big D. I'll take it. 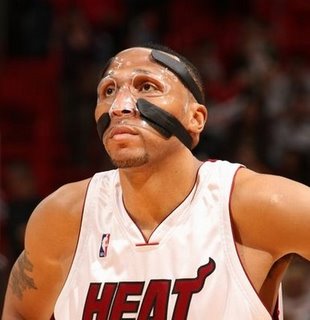 Marion hasn't looked like himself the past couple seasons

Top Story #2: The Mavs trade for Shawn Marion
Shawn MErion. Forces his way out of a potential title contender in Phoenix and hasn't been the same since. Where is the high energy 15 points, 15 rebounds, 3 steals and 3 blocks guy we used to know and fear? Now he's just a guy with the ugliest 3 point shot ever. What happened? Is it because he's on the wrong side of 30? I'm not sure what happened but I think he's going to be back to the old Marion this year. For the Mavs, trading for Marion meant keeping Jason Kidd. Marion's probably only as effective as the point guard. You need that running PG (of which Toronto and Calderon were not) and a team that scores. From what I remember of Marion, he just wants to be set loose and with JKidd running the show, I don't think he'll have any problems with that.

He's a definite talent upgrade for the Mavs as they only gave up Antoine Wright and Devean George (Go Warriors!). Does he fit in? How's Josh Howard going to play at shooting guard? 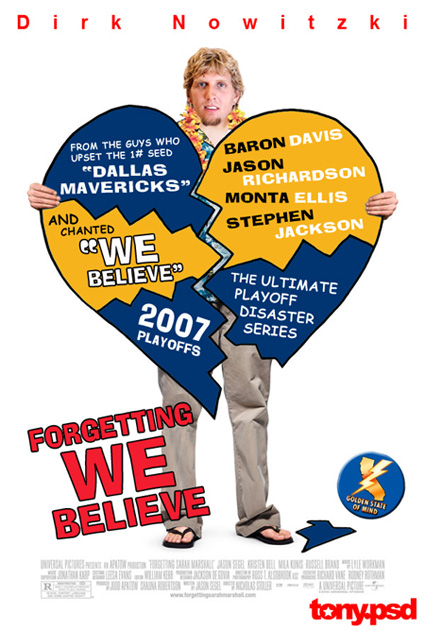 Top Story #3: Dirk's ex-fiancee is not pregnant
You laugh, but this had serious implications on the Mavericks' upcoming season. From the point of view of a Warrior fan, you can get in Dirk's head and cause him to play poorly. During the We Believe run, Stephen Jackson wasn't just in his head, he was in his jock strap guarding him ruthlessly resulting in a poor performance from the Mavs best player. It's a series that Dirk would surely want to forget.

Now, Dirk has to worry about some crazy ex-fiancee and having to father a baby by her? I don't even think Stephen Jackson could mess with his head that badly. Can you imagine how distracting that would have been? I mean, if she was pregnant, the baby probably gets born during the season and Dirk has to take a leave of absence to be there. How many games does this affect not only leading up to the birth but afterwards? 10? 20? 30? Her not being pregnant may have saved the Mavs season and Dirk's fragile state of mind.

Story that didn't make the top 3: Mavs sign Drew Gooden
Honestly, just start him at the 5, sit Dampy and they'll be more fun.

Curse of the Dampier. Watch out!

For more on the Mavericks, check out SB Nation site Mavs Moneyball.