Damn, I'm starting to realize why no one jumped to sign up for an Around the Association look at the Denver Nuggets. Relatively speaking, these guys didn't do jack in the offseason. Short of the drafting of Ty Law, recent Tar Heel point guard, the Nuggets pretty much went out of their way to ensure that they held on to the components that took them into the 2008-2009 Western Conference Finals. When you look at it, why the hell not? While it seems like the Nuggets went on a bit of a dream run, 'Melo and company showed that this squad was more than capable of taking down anyone in the league.

...or at least, anyone in the league not called the Lakers. Zing!

Hey, if we had a team that could do this, we wouldn't change much either...

Make the jump for a quick glimps into the fate of the Nuggets for the 2009-2010 season!

Carmelo Anthony . Chauncey Billups. Nene Hilario. J.R. Smith. Kenyon Martin. Much like the Nuggets of years' past, this roster is full of talent, both among starters and on the bench. The question remains, can Denver pull off the powerhouse run that they did last year; raking in a dominant second seed in the mighty mighty West?

Okay, they're going to make the playoffs - that's a given. I mean, c'mon. Seriously. Who DOESN'T make the playoffs anymore? Can you think of a single team in recent history that has gone over 10 years without even one appearance?! Oh wait...

So far for Denver this offseason feels as though the subtle moves they've made re:changes in personnel have had a more of a base in cutting back the overall salary, rather than improvements in player talent. While George Karl and company hasn't really changed the meat and potatoes of this team, one can only wonder if the shakeup of the other components of the dish that is the Nuggets will be for the better or for the worse. They have a tough road ahead of them to duplicate (and exceed) last years' performance.

They're an excellent dark horse team for the West again this year. Hopefully we will see them achieve wins with the same ferocity that they did last year, only to get swept by the Warriors in the Western Conference finals. While I'm at it, there will be a unicorn present at the final Warriors-Nuggets Western Conference Finals Game. He will spin the ball atop his horn, dazzling everyone who sees him. "Oooohs" and "Aaaaahs" will be heard by all.

For more on the Denver Nuggets check out Denver Stiffs: 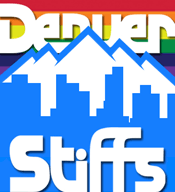