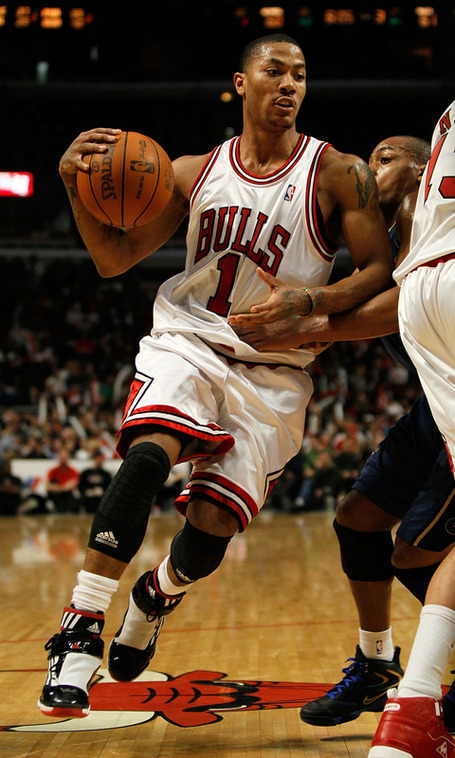 The Bulls are winners of 4 straight and 8 of 11. They have been playing much better ever since Kirk Hinrich has been restored to the starting lineup. Which helps prove the point I had been arguing to my friends this year: Derrick Rose is not a very good point guard.

He is however, a darn good player. I believe he got 37 last game, and is averaging 22 in his last 20 games. That's what he's good at, looking for his own shot. The trick to playing him is to sag way off, and dare him to shoot. He can't hit the side of a barn from outside (15% from three).

The problem the Warriors have, naturally, is that they won't have any big men to defend the rim against Rose. Biedrins will have all he can handle trying to keep from getting overrun by Joakim Noah, who I believe is second in the league in rebounds. He'll get some help, hopefully, from the newest D-league addition to the team, Anthony Tolliver. I'm excited to see him simply because he's 6-9", 240, and strokes the three. He'll have his hands full against this long and athletic Bulls front line. As will the Warriors. Unless Turiaf or Vlad Rad miraculously appears, the Warriors will be playing three D-League rookies on the front line. Shweet!

And that's the story. The Warriors skeleton squad against a fully healthy and streaking Bulls team. The only interesting thing about this game will be how many players the Warriors finish with. Will Rule 3(1A) be invoked on back-to-back games?

The Warriors are +2 home dogs. Hmmm, how can I phrase this? I won't be taking the Warriors.