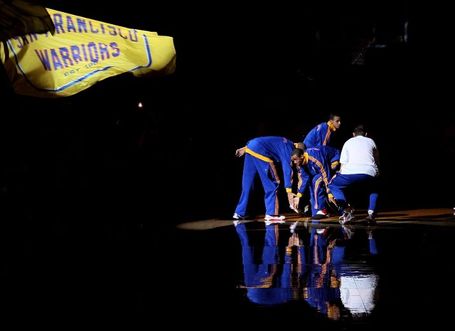 I'll be honest, this is not what I expected. I thought Denver would come into Oakland and put the Warriors away by the start of the 4th quarter. There's really not a whole lot I think the Warriors did wrong tonight. They played about as well as anyone could expect. The Nuggets just made more plays in the end than they did.

The one thing that I believe was the difference in the game was the rebounding. For about 3.75 quarters, the Warriors were right there with the Nuggets in the rebounding department. But in those last couple minutes of regulation and overtime, the Nuggets big men were all over the boards for second chance points and extended possessions. There were a couple key possessions that the Warriors played good D and forced a Denver miss, only to not box out and give up an easy putback. Othertimes, the Nuggets were just able to keep their possession alive by tapping the rebound back out of the key to the guards. The Warriors either got tired and didn't have the legs or were just not quite good enough to get the board. More than anything else, the rebounding or lack thereof became the Warriors reason for losing. 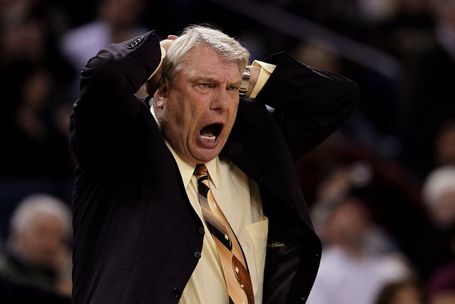 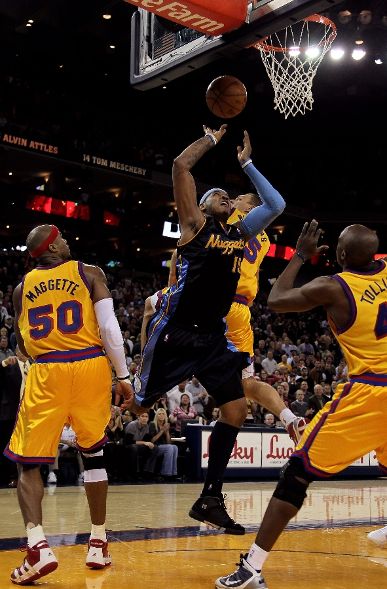 1) Very good defense on Carmelo
Whether it was Cartier Martin, Devean George, Corey Maggette, or the help defenders the Warriors defenders really bothered Carmelo tonight. He shot just 7-22 from the field (9-11 from the line) for 23 points to go with 5 turnovers. They got in his face, challenged every shot, and when he posted up, they were occasionally able to push him out farther from the basket than he wanted. The one memorable play was the block in the final minute of the game. Billups ran a pick and roll with Melo who found himself with a lane to the hoop. Biedrins came over to help, timed his jump perfectly, got all ball and forced a jump ball. It was beautiful.

Furthermore, it's great to see the Warriors hustling and working hard on defense. Maggette had stepped up his intensity, but the additions of the D-Leaguers, Martin and Tolliver, has really given the Warriors more life on defense and rebounding. Even though they're not the most skilled offensive players, they're doing whatever they can to make name for themselves in the league by playing solid defense and hustling every play. It's such a contrast to what we saw earlier in the season. Even though the results may be no different, it's a different brand of ball and a more entertaining game. 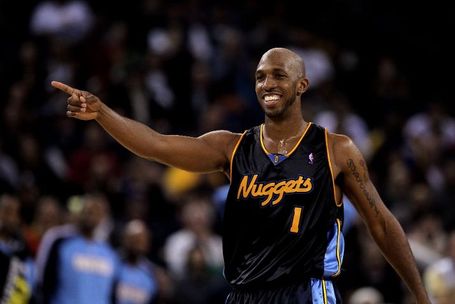 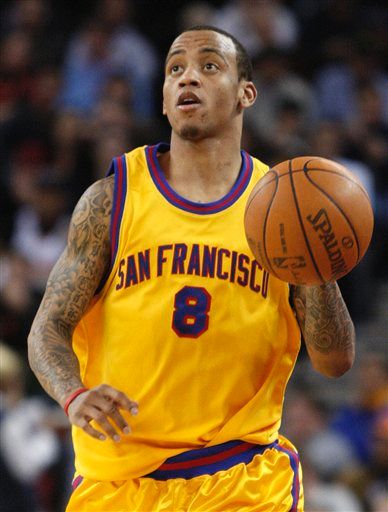 2) Monta Matching Billups, Billups Matching Monta
Both guards had excellent games, and it was so much fun to watch them both go back and forth. The Warriors didn't have an answer for Billups as he was able to get in the lane, run the pick and roll effectively, and also connect a ridiculous 67% of the time from 3. I think Billups got the better of the matchup.

Both guards hit some huge shots for their teams. Monta hit a couple 3's in clutch situations - one off of a drawn up out of bounds play and another in OT. Those two shots are not how we expect Monta to score. Usually it's the mid-range pullup or the acrobatic drives to the hole. The cold blooded 3's are new. Maybe he got lucky and hit them, or maybe he's starting to build his confidence for hitting those shots.

As good as Monta was, Billups was even better in the end. His 3's generally halted any thoughts of a big Warrior run. He hit a couple in regulation and overtime that he made look effortless and as if he didn't feel any sense of pressure due to the situation. Calm, cool, and collected. Add in his massive scoring output in the 4th and OT and you have an amazing performance.

This one is tough. Corey Maggette or Monta Ellis? Corey has the more efficient scoring, but Monta hit 2 big big 3's in clutch situations. I've been flip flopping on this one for the last 15 minutes. I'm going with Corey Maggette. He was pretty clutch in the 4th with his drives to the hoop and free throws to go with his stellar stat line. 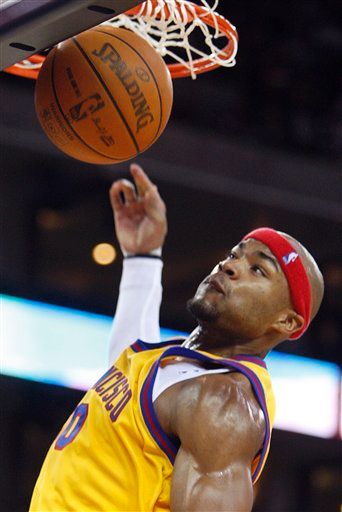