GAME THREAD: Warriors @ Timberwolves - At least we don't have a #0

Share All sharing options for: GAME THREAD: Warriors @ Timberwolves - At least we don't have a #0 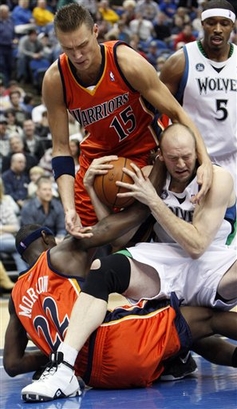 Gettin his Custodian on.

Let's uh...not talk about last night anymore. Or if you do so have the desire to emotionally hurt yourself any more, please go over to Hash's recap and put the comments there. I'm done shedding my tears and throwing stuff at the wall...tonight I look to the win!


But first, let's bring up another topic. I think the picture below sums it all up.

Well here's the way I look at it Gil, your CHARACTER states you're the type of guy that would bring guns into your locker room and "joke" around about them with another player. You are COMMITTED to being a straight moron about it and making a mockery of the situation on your Twitter account and in pre-game warmups (He pointed two "Finger Guns" in warm-ups last night). Your CONNECTIONS led you to get suspended indefinetly.

I mean fine, the guy was suspended before any legal action was taken, but he's just had this coming. Why in the world would you try to play off the situation and act like it wasn't a big deal? 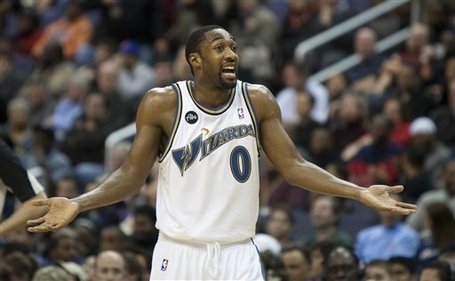 Thank the basketball gods he didn't sign that silly contact we tried to throw at him 2 offseasons ago. We got problems, but we don't need a dumb player like this.

Check out the SB Nation Story Stream for more coverage.

Anywho, apparently the Warriors are playing the Timberwolves tonight. It's going to be the most exciting game of the season. No joke, everyone in the NBA is tuning in to watch the great players on display tonight. Ricky Rubio's debut? This is what we've all been waiting for. YESSSSSS! 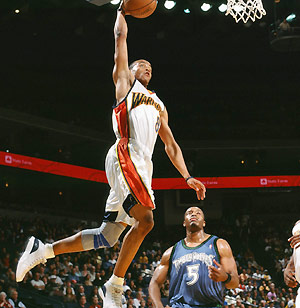 Does Gilbert Arenas deserve to be suspended indefinitely?