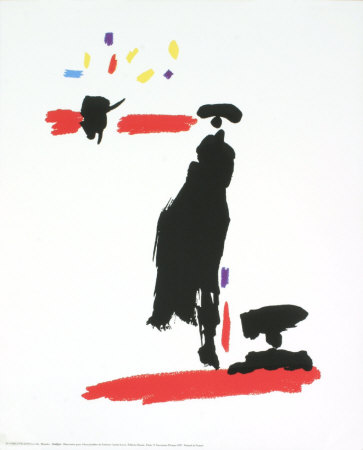 This is it, amigos y amigas. Juego Numero Cinco. Our day of reckoning. The moment we find out if the Warriors are a real, tough team who can consistently hang with big boys of the West, or a matador-defending bottom dweller who will occasionally beat up on fellow bottom dwellers. The moment we will know, once and for all, if the Warriors a .600 team (49-33) or a .400 one (33-49).

Well OK, it's not as significant as all that. It's another pre-season game to check off the list, whilst praying no more key players break their hands, feet, noses, teeth, or [redacted]. But somehow this meaningless game does feel a little meaningful. Make the jump for five things we'd like see the Warriors accomplish here, beyond emerging with all their physical faculties intact.

1. No more matador D. In Portland, the Blazers blazed through the Warriors putatively improved D with depressing ease. Monta did a nice job on Roy, but the rest of the perimeter defenders made the Blazers corps of talented wings (Rudy Fernandez, Nic Batum, Armon Johnson, Luke Babbitt) look even better than they are. Batum in particular looked like Scottie Pippen with Ray Allen's shooting stroke. Could have just have been a hot shooting night — let's prove that to be the case. Rotate, close out, etc.

2. Take care of the ball, Steph. It should probably be noted that beyond the turnovers, Curry has quietly had a spectacular first four games to the preseason. Per 36 minutes: 20.5 pts / 7.2 reb / 7.2 ast / 1.9 stl. Those aren't just Top 5 NBA PG numbers — those are LeBron James numbers. Throw in a .676 true shooting percentage, and heck, Steph looks like the best player in the NBA from Akron, Ohio. Or at least ... till you notice the 6.8 turnovers per 36. If he wants to convince people he's a true PG, he needs to cut that number in half. Let's start the regressing to the mean tonight, Steph. 4 TOs, max. Por favor.

3. Stay aggressive, young BrokenWing. Brandan Wright had a very nice line in Portland: 11 points (5-6 fg), 6 boards in 19 minutes. With the serious hand injury to Amundson, his development into a legit 20 mpg backup big looks even more essential. Crash the boards, defend the rim, run the floor, keep throwing up that unblockable baby hook.

4. Yo Adrien, make Brookline, Massachusetts proud. Again, because of Thor's broken hammer. Until Udoh and Amundson recover, Jeff Adrien is likely not just to make the team, but to see some real minutes. I'm not asking for .750 fg% and 16.2 rebounds per 36 (his preseason production thus far). Just take up some space, beast some people around, give a few hard fouls, take some of the pressure off Biedrins, Lee and Wright. If you come up big in our time of need, I'll make a toast in your honor at Brookline's Coolidge Corner Clubhouse the next time I'm there.

5. Win. 3-2 sounds a whole helluvalot better than 2-3. Right now, the Warriors are in first place in the Pacific Division. Let's act like we've been there before.

Which cataclysmic event would most rock your world?