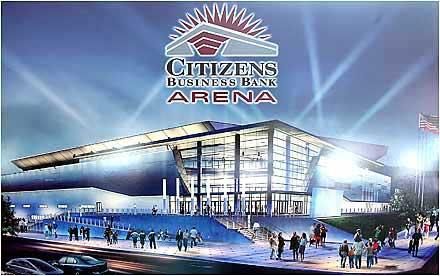 A lot is riding on this game. A lot. National TV audience on ESPN. Defending champion Lakers. A chance to finish the preseason 4-4 and finally get a win on the road.

Who am I kidding? This game means nothing other than it might be fun to see the team on tv for once. Other than that, expect the usual excitement of a preseason game.

This is a road game, but not played at Staples. It'll be at the Citizens Business Bank Arena in Ontario, CA. Never heard of it, I wonder who plays there. Oooooh, Justin Bieber on October 24th. Probably will be more entertaining than this preseason game.

Just 5 more days until opening night! Then we can be done with all the meaningless games.

Don't forget about GSOM Night 9 - your best deal to get tickets to opening night and have a great time.