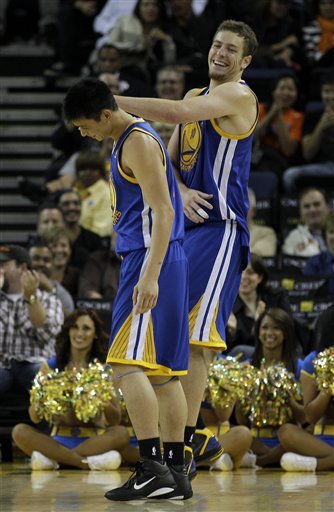 More Jeremy Lin on Asian Heritage Night would've been an ever greater time out.

What a tremendous week for Bay Area sports thus far. The San Francisco Giants (celebrate over at McCovey Chronicles) took the first 2 games of the World Series, the Oakland Raiders (join the black web hole over at Silver and Black Pride) destroyed the Denver Broncos in 59 different ways, and the San Francisco 49ers- well, um once they get a real head coach and QB they should be okay (be nice to our friends over at Niners Nation, they need your support).

It might be raining tonight and throughout the weekend all around the Bay Area, but that doesn't mean we can't enjoy the sports festivities. JUMP!

Since we rarely only get to focus on the positive here (hey, this is a blog about one of the silliest franchises in all of sports!), tonight you're going to get some homerism that hasn't been witnessed here since the height of WE BELIEVE. 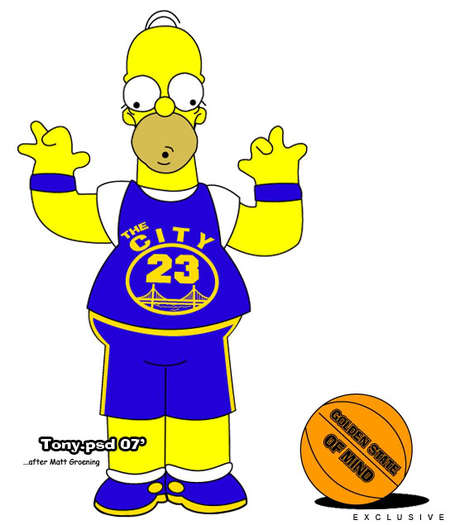 (from the archives: Homer Simpson Signs with the Golden State Warriors)

Let's just say Wright was more than all right tonight. The Warriors as a team were hot tonight, but Wright was on another level of hotness. 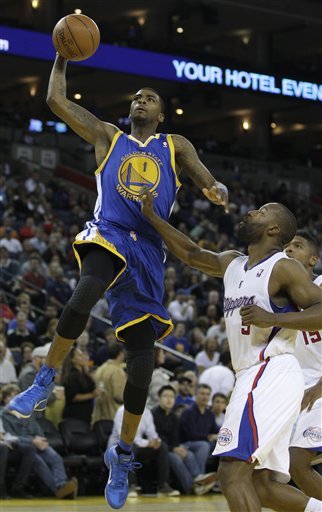 Let's hope Stef-fun is all set to go on Sunday night. The Warriors square off against their first playoff team from last season in the LA Lakers. The Lakers are more than just a playoff team of course. They're the champs. This should tell us how good this Warriors team really is. 3-0 good?

We shall see soon enough...