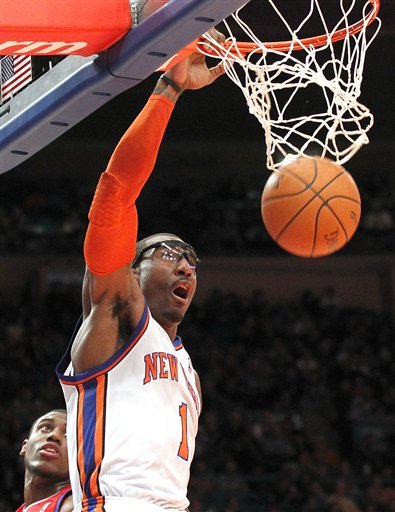 Amar'e putting down a hundred million dollar dunk. Worth it?

Before we get to any of tonight's story lines, or break down our opponent, let's get to what has to be the first thing on Warriors fans mind's. Monta Ellis took a nasty fall in Toronto, and stayed back for X-rays. He has rejoined the team in New York, and is a game time decision for tonight. Here's the latest from Marcus Thompson via Twitter:

Ellis is shooting on the court right now. His J looks to be working. And he's smiling. Not doing any running though

Monta Ellis said he is planning on playing tonight. Keith Smart said it is up to him

I gotta believe somehow or another, wisdom prevails and Monta rests. But it's hard to get a guy to NOT play in his one trip to the Garden

Whether Monta decides to play or not, David Lee is back in New York tonight and he should have a chip on his shoulder. After Lee put up an efficient 20pts and 12reb for the Knicks last season Donnie Walsh and co decided to move forward with their ten year plan (seemed like ten years anyway) to bring in two top tier free agents over the offseason... When that didn't work, they signed Amar'e Stoudemire to a 5-year $100 million contract and re-signed David Lee for 6-years $80 Million to send him our way for Anthony Randolph's intoxicating potential, Ronny Turiaf's dance moves, and Kelenna Azubuike's knee brace. Because of the way everything went down it's only natural to think there might be a little extra motivation for Lee to win the Power Forward match-up tonight. Jump for some quick notes on tonight's game. 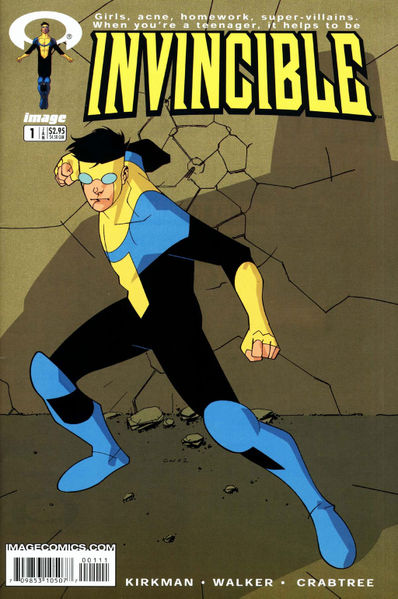 Seriously, how many times have we seen Monta go down with a scary looking injury, only to return the next game? This guy is tough as nails, and I think he might want to consider sitting out tonight if only to preserve his secret identity. He'd hate to have any super-villains putting two and two together, and realizing that all it takes to defeat him is a moped.

Rebounding: With Amar'e and Turiaf playing most of the minutes inside, the Warriors should look to crash the offensives glass tonight. The Warriors are sitting at 5th in the league in rebound differential, with the Knicks way down at 22nd.

No Easy Shots... Inside: The Knicks are leading the league in blocks right now, with Stoudemire, Turiaf, Wilson, and Randolph protecting the rim at a high level. Don't think that means we can't get good shots tonight though. This Knicks team isn't exactly a defensive powerhouse, sitting at 20th in opponent's FG% and 19th in opponent's TS%. If the Warriors can pick their spots wisely and be aggressive on the offensive glass they shouldn't have too much trouble scoring tonight.

Warrior Killer? You never know who's going to step up and kill the Warriors, but tonight my money is on Toney Douglas. So far this season he's been coming off the bench and putting up points in bunches.

Okay, that's all I have time for right now. Time to head to the park and get some family time in before tip-off.

Honest question: Who would you rather have on your roster for the next 5-6 years?