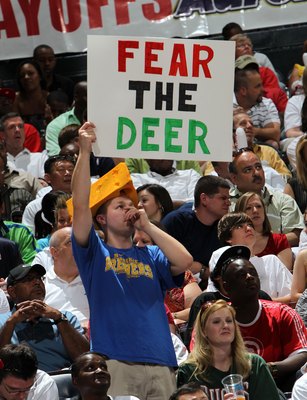 In that last game the Warriors got Bull-ed over. After the first quarter, you could already tell they had no chance. Why Monta played 37 minutes on the 2nd game of a back to back after getting hurt is beyond me. They've had a day off and the team should be better rested than they were against the Bulls. There's just one game left on this road trip. A win give them a 3-2 winning road trip, a loss gives them a 2-3 losing road trip.

They'll still be without David Lee who's getting surgery after he got infected by Wilson Chandler's tooth. Once again, Brandan Wright will get a chance to start and once again show us that he's just not that good. Of course, me writing that means he'll have an amazing game, I can live with that.

The Bucks are playing well right now. After a 1-4 start including games against the Hornets, Celtics and Blazers, the Bucks have won 3 of 4 including 2 straight blowouts over the Knicks and Hawks. Tonight will surely be tough playing against Brandon Jennings, he of the 50 point game against the Warriors, and his fellow deer. But Fear the Deer? Not so much. 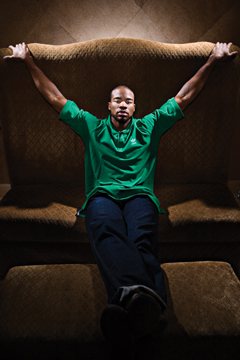 A Warrior killer faces the Warriors tonight. His name? Corey Maggette. When he was with the Clippers he seemed to get to the line 20 times per game against the Warriors. When he was on the Warriors, he really killed any chances of making the playoffs. Tonight, you can expect a big game from Maggette including about 36 trips to the line off the bench.

In addition to Brandon and Corey, the Warriors will need to keep control of Andrew Bogut in the middle. It'll be a nice matchup between Biedrins and Bogut. They also have a solid bench and nice complementary role players in Carlos Delfino, John Salmons, Ersan Ilyasova, and Luc Richard Mbah a Moute.

Last year in the playoffs, the Bucks were known for their defense and had the personality of their coach, Scott Skiles. This year they're no different. They're 6th in the league in opponents' field goal percentage at 43.5%. I tried to find stats on points per 100 possessions, but couldn't come up with a website. I'm sure the Bucks are rated pretty high on that list. Skiles wants them to be an elite defensive team. Good luck getting Maggette to buy into that, but the other guys can give him that type of D.

It'll be tough on this last game of the road trip, without David Lee, and against these rejuvenated Bucks.