RECAP #11: Golden State Warriors 101, Detroit Pistons 97 - Joe Lacob and Peter Guber Bring a New Hope + Coach Smart and the Warriors Prove that No Lead is Safe... In a Bad Way

Share All sharing options for: RECAP #11: Golden State Warriors 101, Detroit Pistons 97 - Joe Lacob and Peter Guber Bring a New Hope + Coach Smart and the Warriors Prove that No Lead is Safe... In a Bad Way 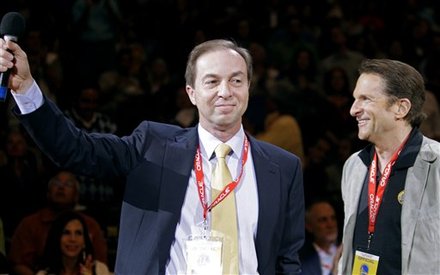 Final Boxscore  |  Game Thread  |  Game Day Links
Detroit Bad Boys
Tonight was a wildly entertaining and frustrating game, but more than that it was the start of a new era in Warriors basketball. It may have been just one of 82 games, but tonight was the night that the Warriors new ownership group led by Joe Lacob and Peter Guber officially took the reigns of the franchise. From the ownership, to the team, to the fans, there was a buzz (perhaps aided by half price beers?) in the Oracle tonight. The first half brought us a 32 point lead, and talk of Championship banners. The second half reminded us all how far we still have to go. Jump for game insights, and a new feature for tonight's recap!

The first quarter was the Monta show. He put the team on his back offensively, hitting shot after shot from mid-range. As the defense started to clamp down with the Pistons playing physically by grabbing as the Warriors tried to come of screens, and body up on shooters, Monta started looking for contact and made his way to the line, ending up with 21 points in the quarter. Dorell (1 R, 2 L's) was still cold from distance, but he was able to use his new found reputation as a shooter to pump fake and drive baseline for a monster left handed dunk. 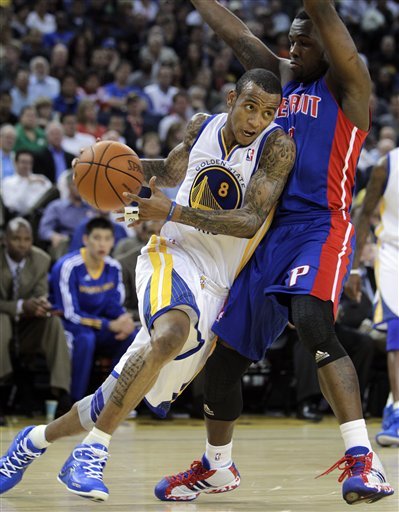 Adrien came in at around 4:54 after Vlad repeatedly lost a known shooter in Austin Daye, and made one of the most pathetic attempts at a rebound I've seen in a while - jumping in the lane and never bringing his hands above his shoulders despite the ball being in his area. Lucky for the Warriors Andris Biedrins was having a great first quarter, and holding it down inside. He was the team's best defender early on, coming over to challenge shots from guard penetration, and holding his ground inside. I should note he also got to the line and made his first free throw of the season. The crowd loved it.

The Warriors went to a Zone defense with about two minutes left in the quarter and it was effective, helping them to close the first with an 18-2 run.

They started off the second quarter building on the things that made them successful in the first. They were active on defense, creating turnovers and changing ends for easy fast-break points. Adrien continued to give the team good minutes, looking active and making many W's fans wonder why Vlad is still ahead of him in the depth chart. The Warriors built the lead as high as 32 points, but when the switched back to the Zone to end the half the Pistons had the answer and were able to quickly chop the lead down to 23 with nine unanswered points. Overall it was a very strong half, with the Warriors scoring 19 points off turnovers to Detroit's two.

The Pistons came out with an early Zone in the second half that gave the Warriors some problems. I thought they might have busted the zone when Curry found Dorell with a nice lob on a baseline cut, and followed that up with a three the next time down, but Detroit stuck with it. With about 9:30 left Curry picked up his 4th foul and suddenly the Warriors offense began to unravel. The Dubs couldn't seem to find an answer for the zone until an unlikely hero stepped in, in an unexpected way. Yes, Radmanovic, who just minutes earlier looked completely lost on the offensive end was suddenly catching the ball in the middle of the floor and dicing up the zone with some nice high/low action to Andris, and finding cutters and open shooters repeatedly. Golden State was hanging in there, and protecting the lead when Monta was called for his 4th foul with around seven minutes left in the quarter. From then on the game changed. It was foul after foul, with the Pistons marching to the stripe, and the Warriors taking a vacation from the paint.

In the fourth quarter foul trouble was the theme, and you could feel the air come out of the building as things got tense.

Coach Smart didn't have an easy job tonight, but despite coming away with the win, I came away very unimpressed. With most of the key Warriors in foul trouble the Pistons were able to cut the lead to eight with 6:30 left in the fourth. This game got very intense at that point. Andris came up with a huge block, an offensive rebound, and a huge defensive rebound to help keep them ahead. Around that same time Steph Curry stepped up with a big steal that he was able to turn into a transition opportunity and two made free throws. Then he came right back with a big mid-range jumper. The Warriors looked like they were going to be able to hold off the Pistons final run until Charlie Villanueva hit a couple of HUGE threes and bring the outcome back into question. 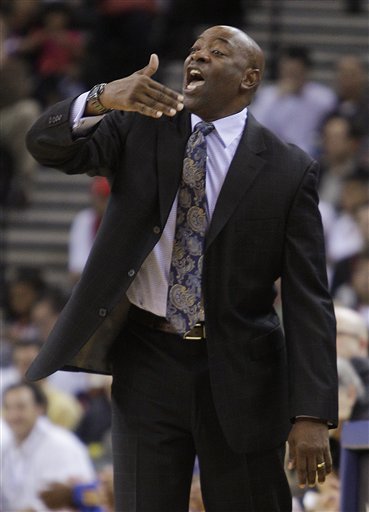 It was right around this point of the game that I thought the head coaching spotlight might have been a little too bright for Coach Smart again. The team was obviously rattled, and tentative on offense. Smart chose not to call a timeout, and left Monta Ellis sitting on the bench with five fouls while the Warriors on the court continued to fall apart. He wasn't able to settle them down with effective play calling, or do anything from the sidelines to calm the team's nerves. By the time he chose to put Monta back in the game the team was obviously hanging on to this game by their fingernails. They were playing the score, and Smart was coaching the score (he admitted as much after the game) and it was clear to everyone including Jim Barnett that it just wasn't working. Then with 47.8 seconds left Smart reached for his security blanket one last time when he subbed Vlad in for Andris, and it nearly cost them the game. In a moment when the team desperately needed a rebound, their best rebounder was sitting on the bench, and they instead gave up a very costly offensive rebound that led to a made bucket plus a foul. It was very fortunate for Smart that tonight's Warrior Wonder had a trick up his sleeve in the closing seconds to put this game away. 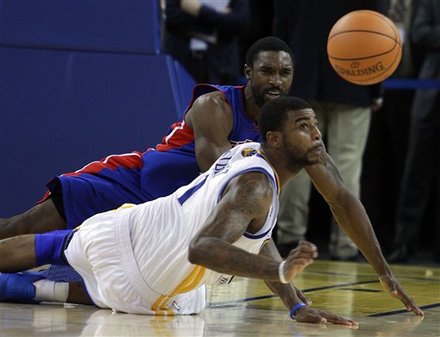 If the game saving steal in the closing moments wasn't enough, I'll give it to him for leading the team in assists with six, and helping to offset the absence of David Lee with seven rebounds. But yeah, it's mostly for the huge defensive play to put that ugly second half to bed. Well done your clutchness.

Tonight's WTB (What the Bob?) moment:

I've been noticing that a game doesn't pass by that I don't find myself thinking "What is Bob Fitzgerald talking about right now?" and I thought I'd try out a new feature for our GSoM recap. I'll admit he made it tough when he told new Warrior owner Peter Guber that he was sure we'd be seeing "way too much of him" in the future (great way to get in with the new boss), but this one from when Ben Gordon hit a couple shots took tonight's WTB crown:

When he gets hot you better hide the kids

Is this an expression? If it is, it totally shouldn't be. The best answer I could come up with is that Bob's been spending too much time on YouTube watching this guy... 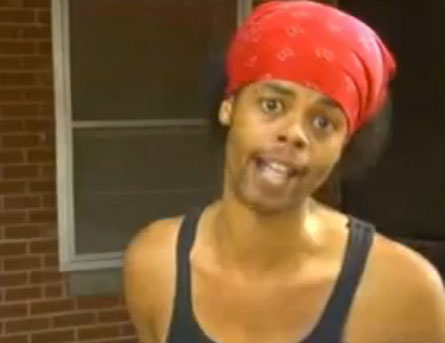 So you can run and tell THAT!! Homeboy!