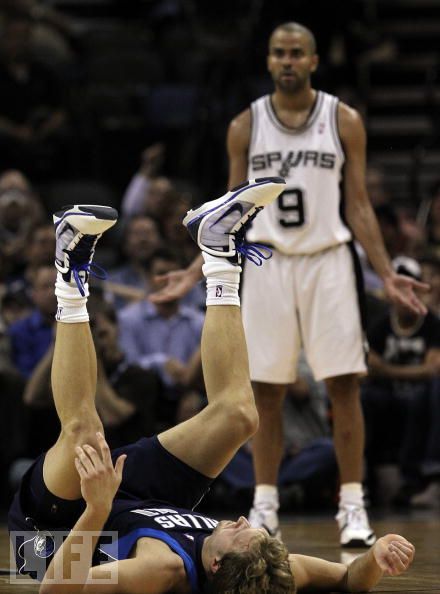 Yay, David Lee is back! Just 17 days after getting bit. Not by a stray dog with rabies or a vampire, but another human being. It's the miracle of modern medicine people. Even though he didn't play well, the Warriors won again with him in the lineup although, as jae pointed out, the win may have been more because of VladRad or lack thereof. But whatever, a win is a win and tonight, if the Warriors get another they'll be back at .500 and in 2nd place in the Pacific.

The Spurs are the best team in basketball right now. Betcha didn't guess that would ever be written this year. They're 14-2 and just won 12 in a row. Yikes. So how do you stop a team that can't be stopped? I dunno. They're Big 4, Manu, Parker, Timmy, and RJ, are playing well and they have some nice bench players such as George Hill and Antonio McDyess. 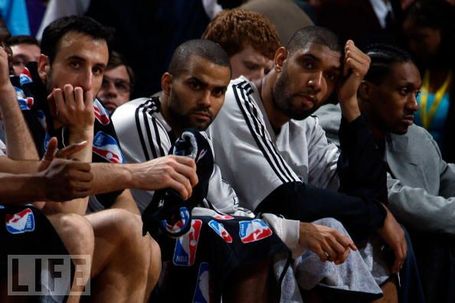 So, really, how do the Warriors beat the Spurs?

Well it's simple, when the Warriors score more points than their opponent, they are 8-0.

First, at a minimum, the Warriors will need to control the boards. That means two of Biedrins, Lee, and Gadzuric have big games and the 3 combine for somewhere around 30 rebounds.

Second, Monta and Curry need to take care of the ball and make smart decisions. Every possession is important. Against some of the lesser teams, these two backcourt partners can turn the ball a combined 10+ times and the Warriors can still win. Against the Spurs, good night. That means Monta can't be dribbling the ball off of his foot and Curry can't be throwing those one handed passes to the fans in the first row.

Third, Dorell Wright needs to step up the D. Richard Jefferson is their 3rd leading scorer but has the potential to light up the Warriors. He's shooting 50% from the field and 44% from 3. If Dorell doesn't keep him contained, we could be seeing a 25+ point night from RJ. 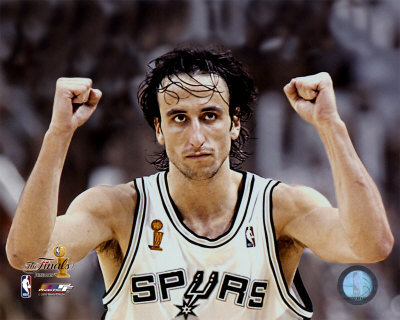