RUMOR: Monta Ellis NOT on trading block, not even for Carmelo Anthony, Andre Iguodala, or Josh Smith- but should he be?

Share All sharing options for: RUMOR: Monta Ellis NOT on trading block, not even for Carmelo Anthony, Andre Iguodala, or Josh Smith- but should he be? 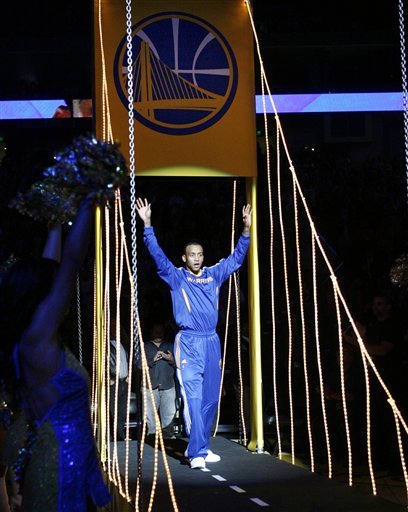 Monta is having a fantastic season so far, but can he keep it up?

JUMP for the 411 and thoughts about Melo, Iggy, and J-Smoove on the Dubs in place of Monta.

MT has the insights for the Bay Area News Group in Golden State Warriors guard Monta Ellis well on the way to elite status:

Ellis has Warriors fans abuzz and, perhaps most important, management in awe. The Warriors still are interested in landing another difference maker, but, according to multiple team sources, there are only a handful of players who would make the Warriors consider trading Ellis.
...

Just before the season started, when reports surfaced about forward Carmelo Anthony wanting out of Denver, Bay Area News Group reported that the Warriors were offering anyone but Curry to get Anthony. As early as October, rumors circulated about the Warriors dangling Ellis to try to get someone such as Philadelphia's Andre Iguodala or Atlanta's Josh Smith.

At this point, neither Iguodala nor Smith would be enough in return for Ellis. One source said the Warriors probably wouldn't part with Ellis even if it meant landing Anthony, who some consider a top-five player in the NBA.

ESPN.com's Chris Broussard also corrobates the Monta untradability (did I just make up that word?!) in his recent True Hoop blog post:

While rumors of an Ellis trade were rampant last summer, sources tell me the Warriors have no intention of moving Ellis.

Here's what we know about Monta Ellis based on what we've seen in his 5+ years on the Warriors:

But guess what? Through 5 games this season we've haven't seen any of that really. Well there's the 5.2 assists : 3.0 turnovers, but I can live with that given his improved defense, leadership, and scoring. I'll take this version of Monta on my squad- very happily. Ellis has looked flat out unstoppable out many times this season.
But the thing is we've seen this before. Ellis has had unstoppable stretches in the past. The difference of course is that the Warriors are winning now. (Thanks to a soft-ish opening schedule? Debatable.) I'm a fan of selling high, rather than low so this is definitely a tough one to think through (assuming that the Denver Nuggets/ Carmelo Anthony, Philadelphia 76ers, and Atlanta Hawks would even consider trading for Ellis). Monta is playing very well now, but in the long run would the Warriors be better off with Melo, Iggy or J-Smoove? Let's take a look...

The biggest worry of course is that Melo might depart after this season as free agent. The Monta of the past 2 seasons for a 1 year rental of Melo? Done deal.

This version of Monta for a 1 season rental of Melo is definitely not worth it. 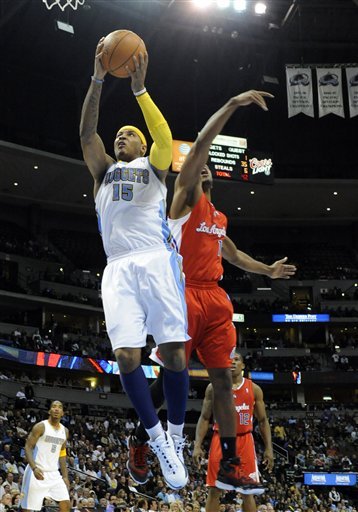 How did Melo make this defender miss so badly?

The pro's of Melo over Monta: Proven superstar attraction and consistency, a potential better pairing with Stephen Curry, and increased size. A huge plus in my mind is that Melo has never missed the playoffs in the Wild Wild West. That's mighty impressive.
The con's are mostly centered around the rental issue.

The Monta of the past 2 seasons for Iggy? Done deal.

This version of Monta for Iggy? I probably wouldn't do it. 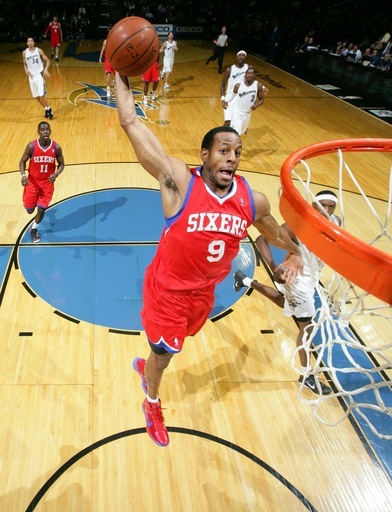 Getting Iggy with it!

The pro's of Iggy over Monta: The Warriors would be a much better defensive team, get bigger, and stay very athletic.
The costs come at scoring and speed.

The Monta of the past 2 seasons for Josh Smith? Yup, yup.

This version of Monta for J-Smoove? I'd probably do it. The pro's are just too good to pass up. 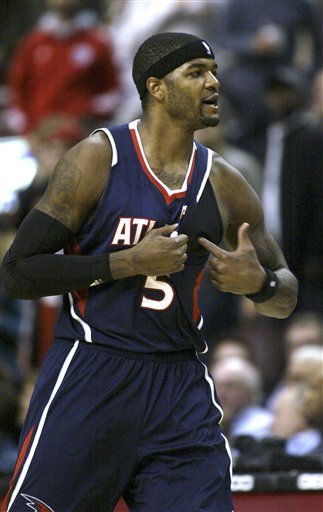 Josh Smith: "Do not pass me up on your fantasy hoops squad or in real life!"

Here's the pro's of J-Smoove over Monta: The Warriors get freaky with a frontcourt of Josh Smith, David Lee, and Andris Biedrins (the 20 rebound version). Smith (9.2 rpg), Lee (12.2 rpg), Biedrins (11.2 rpg just two seasons ago)- these 3 would OWN PWN the glass every night. There's a lot of fluidity with Smith (4.0 apg), Lee (3.6 apg last season), and even Biedrins (2.0 apg two seasons ago). There's always a swat party when J-Smoove is around too (2.4 blocks per game career). Both Lee and Biedrins are weak man defenders, so hopefully Smith could pick up the slack against star 4's in the West.
The con is of course scoring, but when you add that much rebounding, defense, and efficient passing from a forward does it matter? I'd imagine Lee can reliably put up a few more points per game than he is currently too.
Josh Smith for Monta Ellis straight up. It would be unpopular, but it works. I'd do it.
What do you think? Would you trade Monta for Melo, Iggy, of J-Smoove?
For thoughts on Carmelo Anthony and the Denver Nuggets check out Denver Stiffs.
For thoughts on Andre Iguodala and the Philadelphia 76ers check out Liberty Ballers.
For thoughts on Josh Smith and the Atlanta Hawks check out Peachtree Hoops.