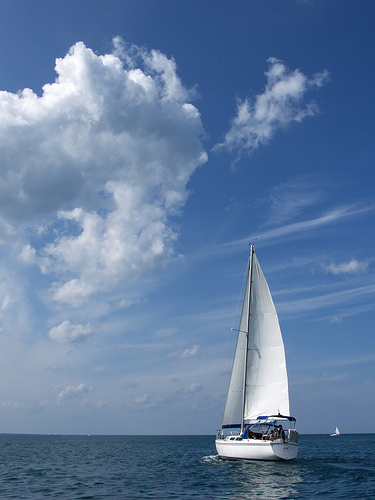 Looks like it's going to be smoooooth sailin on Lake Huron tonight (bet ya didn't know the closest lake to Detroit is Lake Huron). First time in...15 years!

Yes, that's right. The Warriors have dropped three straight at the Palace in Auburn Hills (why are they called the DETROIT PISTONS?) and have been a tremendous 1-14 there since the 1994-95 season.

As with everything this season, it's time to turn it around, so pop on your boat shoes (preferably your Sperry's), go find T-Pain, and sail on to the J-U-M-P!

Since I seemed to like the format of the last preview...

Stephen Curry's back and still waiting to get back to form, but seeing as though the Pistons are more dysfunctional at PG than we were two years ago (see - Monta Ellis Moped Gate) this one's pretty easy. The Pistons' starting PG, Rodney Stuckey, refuses to get off the bench when called, so they're stuck with Tracy McGrady for the time being.

Back in the summer, there were tons of people pining for a Tayshaun Prince trade of some kind. I'm not trying to deny that the light looked brighter with a Prince, but Dorell (1 R, 2 L's) has got the Wright stuff. He's playing OUT OF HIS MIND and this might, just might, look like our best offseason pick-up for years to come.

Now this is a fun one. I think if I had it my way we'd just watch a free throw contest, best of 10, between Andris and Big Ben. It'd probably last the same amount of time as a normal game and would be much more exciting.

Spin: Amazingly, with the exception of 5-10 minutes per game, Wallace doesn't appear to be a substantively different player than he was in 2000-01 with Detroit 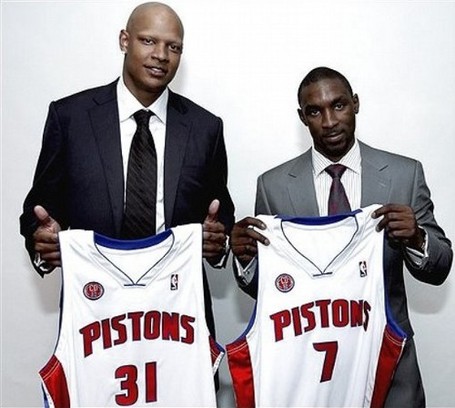 Salaries alone make me inclined to believe that the Pistons bench must be SIGNIFICANTLY better than the Warriors bench. Ben Gordon and Charlie Villanueva alone account for $17 million dollars of payroll..so they must be good, right? Right?

Edge: Pistons? (I want to believe they have something good against us)

By the way, who decided to pay that kind of money for those two guys and NOT start them? Was Joe Dumars hanging out with Chris Mullin on the lake that day or something? (ba-ziiiiiiiiiiiiiiing!!)

By all means, this should be an easy win. And I do stress should be. This is just like the 49ers vs. Panthers game a la 2 weeks ago - if they lose this, it might be enough to send me over the edge. Sure, we're good at home (as seen with Friday's victory) but a good team should win easy games on the road.

This is an easy game.