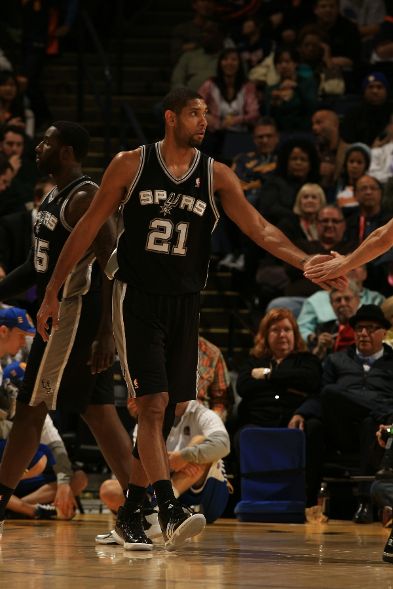 Well that was fun. And by fun I mean torturous, painful, and frustrating. The Spurs do that to you. There should be a warning for Warriors fans when watching the Warriors play the Spurs - "Warning: watching the Spurs smash on your Warriors will be hazardous to your health (and any confidence you once had in them)." The Warriors have now lost 8 straight to the Spurs. The last time the Warriors beat the Spurs was nearly 2 years ago, January 8, 2008.

The Spurs didn't build a big lead quickly against the Warriors and then just cruise to a 20 point win like the Lakers do. They let the Warriors stick around and every now and then would add a point to their lead. After the first quarter, you just kept hoping for a Warriors run because the game was still within reach, but no run came. The Spurs just wouldn't allow the Warriors to make that run. The Warriors stayed close enough to have hope, but never were able to get close to be a threat.

I hate the Spurs. I wish we had their coach and their players. But then all the big men would be injured. And I would hate them all over again.

The Little Things
This game would have been closer had the Warriors done the little things better.

For instance, the Warriors actually had the lead at 26-23 with 50 seconds to go in the first. But then Gary Neal tied it with a 3, the Warriors missed a shot, and then Ginobili came down and shot a 3. He missed it, but Monta was called for the foul (doesn't that seem to happen to him a lot?) and after having a calm, polite, and respectful discussion with the ref, Monta was T'd up. 4 free throws made, the Warriors were down 26-30, and the Warriors never had a chance. Again, the little things. First off, don't foul a 3pt shooter and second, don't make it worse by getting a T.

Another example, Richard Jefferson on a breakaway and Monta fouls him resulting in a clear path foul for 2 shots and the ball. Either get back on D or let him go. And by the way, RJ is a punk. Who swings on the rim after a dunk and then tries and straddle another player. He clearly aimed to straddle David Lee when he could have just dropped to the ground. Udoh should have knocked his teeth out. If this was baseball, the next time these two teams meet, someone would get beaned. You might just see a hard foul in San Antonio when these two teams meet.

Not trying to pick on Monta, but those are two instances that stick out in my mind where the Warriors make boneheaded plays and give away points. 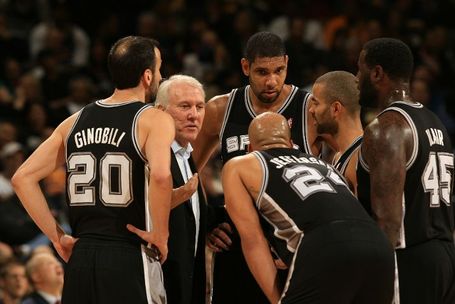 Business-Like
Barnett and Fitz summed up the Spurs quite appropriately as "business-like". That really is a good description of how they play.

On offense, the Spurs get to the spots they want and make open shots. They're patient. If they need to take all 24 seconds, they take all 24 seconds. They're precise. Each play is run well and the players get to the spots they're supposed to. If you sag off, they hit the open shot. If you're too aggressive, they backdoor you for a layup or an alley oop.

On defense, they keep you out of the lane and challenge every shot. Curry had trouble penetrating the paint and either settled for the floater from 12 feet or passed out to a shooter. And oftentimes when he did pass out to the shooter, someone had a hand in the shooter's face.

They're players are just so damn good. 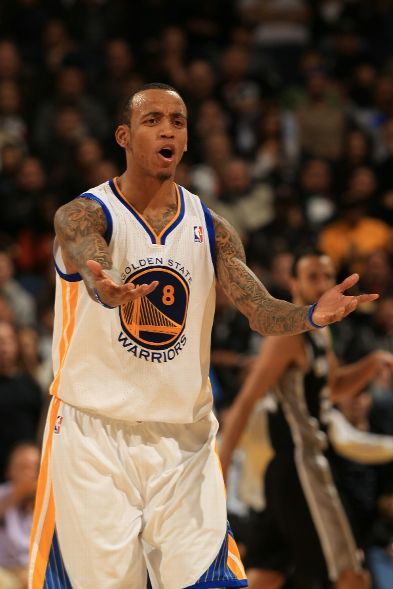 Adjusting to Monta?
Are opponents figuring out how to make life difficult for Monta? In his last 6 games he's shot over 45% just once. In his previous 12 games, he did that 10 times. I feel like teams are sending an extra defender daring the other Warriors to beat them.

Free Throws
If you look at the boxscore, there's not much of a disparity in any of the stats except assists and free throws. The huge disparity in free throws has become a common theme. The Spurs were 27-31 while the Warriors were 11-18. A 16 point difference in free throws makes such a huge difference. The Warriors foul too much and the don't get to the line enough. You can blame the refs for a few calls here and there, but when it's a consistent theme through the first quarter of the season, you have to look at the players. There are numerous reasons, but from what I see, on defense, they're out of position and reaching while on offense they get happy shooting jumpers and don't know how to draw contact inside.

Stephen Curry with the big scoring night (32 points) or Andris Biedrins with the big rebound night (18 rebounds)? It's hard to pick between the two and it really doesn't matter with the blowout loss, but I'm going with Biedrins for the rebounds and helping keep Duncan to just 6-15 shooting. Curry's 5TO's didn't help. Curry scored a ton and kept the Warriors in the game, but if not for Biedrins rebounds, the Warriors get slaughtered on the boards and lose by 50.