RECAP #28: Golden State Warriors 117, Sacramento Kings 109- Why Rivalries Are Fun + All I Want for Christmas

Share All sharing options for: RECAP #28: Golden State Warriors 117, Sacramento Kings 109- Why Rivalries Are Fun + All I Want for Christmas 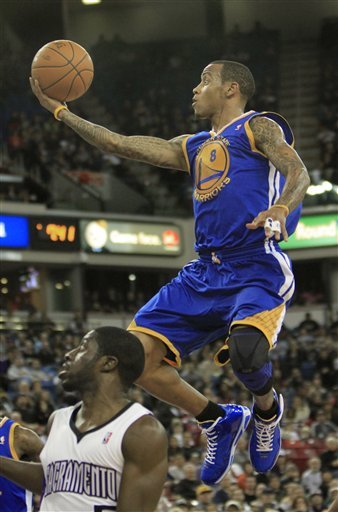 You've got to love rivalries. When you have two of the worst teams in the west going against each other, you've got to look for ways to make things interesting, and until about halfway through the fourth quarter it was looking like just another ugly, boring game that was in need of some sugar coating. The Kings couldn't shoot, and the Warriors couldn't rebound. After another third quarter collapse, and a series of costly mistakes in the fourth, it looked like any attempt at a Warriors comeback would fall short. Then with about, oh, I don't know... 19.3 seconds left in the fourth, something strange happened. 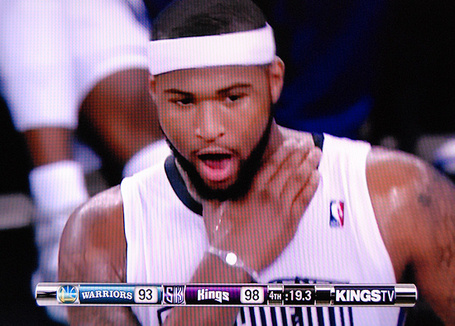 (Thanks to Sleepy for finding this pic on StR)

It was right around this time when the universe flipped on its head for a few minutes and Vladimir Radmanovic became the most clutch player known to man. Yeah, it was weird. The Warriors were fouled shooting the three twice in a row, but didn't fully cash in on either opportunity. Fast forward a few possessions and things were looking bleak when Reggie stepped back up to the line down four. He made the first, and missed the second (as he should have in that situation) and thanks to Cousins knocking the ball out of bounds after the missed free throw (he must have been too busy trying to clear an obstruction from his airway) the Warriors had one final shot at OT. Personally I wasn't expecting much when I saw the ball end up in Vlads hands, with two seconds left, and 28 feet away from the basket, but that didn't stop me from jumping off my couch when he drilled the shot.

Monta absolutely took over the game in overtime, and it was fun to watch. With all of the excitement of the run late in the fourth, and Monta's OT domination you could almost forget that this is only the second win we've seen from this team in December and only the fourth since November 11th. Not to mention we were going up against a Kings team that has only won five games all year. Let's enjoy the win, but with the next game being on Christmas day this is our last chance to make our Christmas list for ol' St. Jean - I mean Nick. Or maybe it would be a better idea to address it directly to Joe Lacob, because apparently he checks his mail, and even writes back!

Drop your Warriors Christmas List in the comments and we'll see if Mr. Lacob and his elves can deliver this season.

For me, I'll keep it simple for now:

I could probably give this to Monta for his OT heroics, or to Reggie for scoring and rebounding well enough to help keep us in the game, but considering that this will likely (hopefully) be his only chance to take home the award this season, I've got to give tonight's Warrior Wonder to... 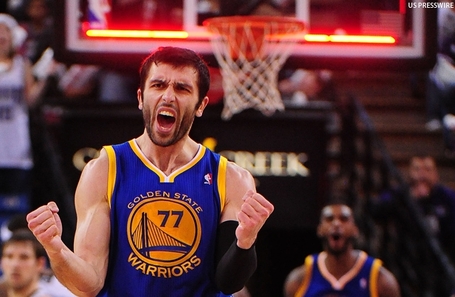